Everything to be given to Richard Branson

ALL remaining public assets are to be transferred to Richard Branson to see what he does with them.

Following the sell-off of the East Coast mainline to Virgin, Branson has been asked to take charge of the NHS, the Highways Agency, Revenue & Customs and the Royal Family.

The entrepreneur, one of two which the public can name, is widely trusted because of his beard, smile and the huge enduring affection for Tubular Bells.

Delivery driver Stephen Malley said: “I think Branson’s great because he doesn’t wear a bowler hat, unlike a lot of these stuck-up types you get.

“If I could I’d sign my entire pension over to him to do whatever he likes with. Even if he lost the lot I’d respect him for having a go.”

Branson said: “It’s a lovely offer, but unfortunately I’ve already got a private island and that one’s somewhere nice. 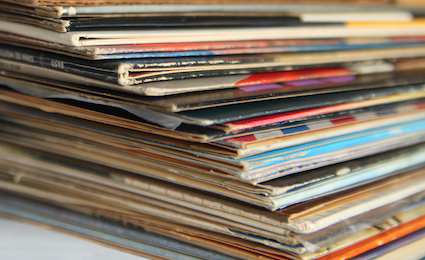 MEN who love vinyl records have been told to just f**king marry them and live happily ever after.

A surge in vinyl sales has been matched by a surge in vinyl buyers enthusing about how sensuous the format is and how much they love it and always will.

Shop assistant Emma Bradford said: “If it gives you something that none of these youthful, superficially attractive music formats ever could, then be a man about it.

“Legitimise and then consummate your relationship with your mono-mixed Beatles albums and coloured 12-inches.”

Vinyl lover Julian Cook said: “We finally tied the knot in an independent vintage record shop in Putney, attended by only those closest to us, like the original pressing of the Buzzcocks’ self-released Spiral Scratch EP.

“At first it was blissful. But then I started noticing all the pops and crackles. I guess they were always there but I just didn’t want to hear them.”