A SPLIT in the Labour party today means both of Britain’s leading political parties will spend all their time constantly denouncing traitors.

Following the departure of Chuka Umunna and six other moderates to form a tiny, pointless centrist party, Labour will cease opposing the Conservatives and focus all its efforts on the Judases from within its own ranks.

Guardian columnist Owen Jones said: “Everyone knows the Tories are bad. The thrill of fighting them’s long since worn off. These treasonous fuckers? Death’s too good for them. They need parading in the streets of Liverpool with bells tolling their moderate shame.

“There’s nothing healthier than a country where both major parties are entirely focused on the back-stabbing turncoats on their own side, and what better time than when facing a national crisis neither is willing to address?

“Traitors! Traitors! Ah, it feels so good to finally scream it. You know, I kind of get where the Brexiters are coming from now.”

Party member Norman Steele said: “Ah, I remember when Corbyn was a traitor. Of course, because it was him we called him a ‘rebel’.” 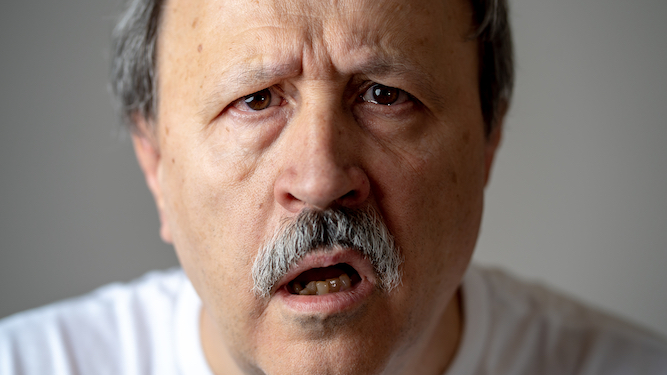 A RETIRED father has confirmed that he is still not entirely clear on whether David Bowie liked girls or not.

Martin Bishop, 62, admitted to his son that the recent documentary about Bowie’s early days has failed to clear up whether he was actually a ‘bender’ or if it was part of his stage persona.

He continued: “He looked gay. You can still say that, can’t you? That he looked gay?

“But then he was married to that model, Iman Khan, but then all the puffs got married in the 70s. Mercury, Elton John, the lot of them. It was the times.

“Maybe he was gay but stopped being gay, but then they say now that can’t happen. I’m trying not to say the wrong thing here. But was he, or not?”

Son Paul Bishop said: “When he asked I did wonder ‘Was he?’ for a second, then thought ‘Why am I even entering into this thought process? Why am I talking to my dad about anything outside football?’

“Bowie was probably pansexual. But to be honest I’m not sure what that is. Is it not just bisexuality? Now I’m confused.”