Peppa Pig Will Work With Labour But Not Brown

LIBERAL Democrat leader Peppa Pig has insisted she could work with Labour in a hung parliament, but not under Gordon Brown.

Ms Pig withdrew from an election event today after it emerged that Mr Brown would be in the same building, but stressed she had not ruled out a possible deal with David Miliband or Alan Johnson, especially if they like swimming and sticky buns.

The Lib Dem leader has been under steadily increasing pressure to clarify her position after insisting it would be ‘impossible for Gordon Brown to remain in Downing Street if the Labour Party was rubbish at doing politics’.

Both Labour and the Conservatives have condemned the five year-old, with one cabinet minister claiming she had become ‘intoxicated’ with her own publicity and running too fast down a hill.

But opinion polls show her post-debate surge is being sustained as she attracts support from across the spectrum, including Edmond Elephant, Dr Hamster and the Amazing Mr Potato.

Ms Pig said: “I think, if Labour do come third in terms of the number of votes cast, then people would find it inexplicable that Gordon Brown himself could carry on as prime minister. That would be really horrid.

She added: “But basically I’ll work with anyone who can deliver greater fairness, more trips to see granny and grandpa and the replacement of our independent nuclear deterrent with an orange ice lolly. Or a bag of chocolate buttons. No, wait – a pony!”

Tory leader David Cameron accused Pig of holding the country to ransom and stinking of shit, while Gordon Brown sent the Lib Dem leader a hastily scrawled note saying, ‘I am going to kill you and eat you’. 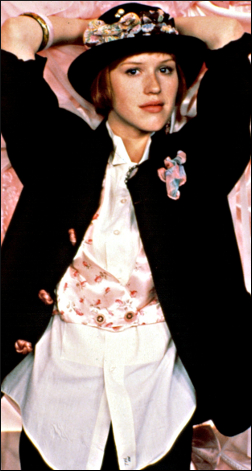 KIEFER Sutherland is to reunite Hollywood’s ‘brat-pack’ in a big-budget remake of Rainbow.

The 24 star confirmed he has signed up Lou Diamond Phillips, Molly Ringwald and the Sheen brothers, Charlie and Emilio, to create a 21st Century version of the gay psychological thriller, adored by generations of British children.

Sutherland is likely to take on the role of Geoffrey, while Diamond Philips has agreed to play Rod, Kevin Bacon will play Jane and Demi Moore will play Freddie.

Mannequin‘s Andrew McCarthy will play George, the homosexual hippopotamus, Breakfast Club‘s Judd Nelson will play Bungle, the homosexual bear and Ringwald is likely to be in the hunt for a long overdue Oscar nomination when she takes on the role of Zippy, the indeterminate homosexual thing.

Sutherland said: “Jack Bauer’s inner toughness and emotional detachment came from observing Geoffrey. The shit he put up with from Zippy would have broken a lesser man.

“Meanwhile George has a boy’s name but he’s pink so maybe he’s a girl. That fascinates me.”

Early plot details suggest the story will focus on George’s early years when he becomes pregnant and runs away from home, finally finding refuge with a house full of misfits who are shunned by the rich kids and the American football players.

But even as they cling to each other for reassurance, tensions simmer just below the surface as each housemate tries to come to terms with who they really are before going off to university.

Ringwald, 81, said: “Every actress of my generation has dreamed of playing Zippy. I’m going to bring a small town, mid-western sensibility to it and try to make him less of a total dick.”

Sutherland added: “I’m very confident. We have strong cast, the script makes no sense and Jim Kerr from Simple Minds has very kindly agreed not to provide the soundtrack.”