A SCHEME to force the elderly to sell their homes and take away people’s inheritances is oddly unpopular with voters, Tory strategists have noticed.

Theresa May’s team is puzzled by the negative reaction to their plan to make Britons pay massive old-age care bills yet avoid raising more tax from companies and rich people.

A Conservative spokesman said: “We’d assumed pensioners would love to sign over their homes to mercenary private companies who see them as cash cows waiting to be sucked dry.

“I fail to see what’s so terrible about targeting people when they’re old and making them go through loads of stressful legal hassle.

“The worst thing is all these grasping children wanting to keep their inheritances. You won’t find anyone in the Conservative party expecting free money from their parents.

“We now intend to have a full policy consultation, by which I mean quietly ditching it while distracting everyone with some bullshit like Corbyn not respecting the army enough.” 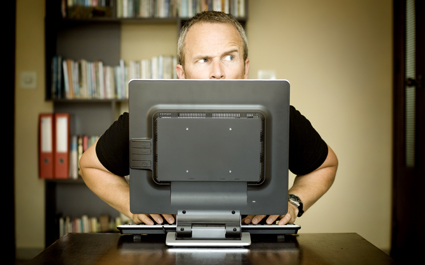 AN ARSEHOLE has claimed that every terrorist attack of the last 20 years was a ‘false flag’ perpetrated by the government.

Martin Bishop, who also believes the moon to be some sort of optical illusion, was quick to visit Facebook to spread his insane theory.

Bishop said: “Labour were gaining ground on the Tories so it’s obvious that they would do something like this.

The status update only got a handful of ‘Likes’ from fellow idiots although the frustrated reply from Bishop’s brother got quite a few more.

“The holocaust never happened, Mars is a giant biscuit and if you sail far enough you fall off the Earth.

“We get it, you’ve smoked too much weed and spent too much time watching drivel made by people who think Jay-Z’s a giant terrapin.

“Stop wasting your life. We got you that Wetherspoon application form, now get off your arse and fill it in.”