Queen's speech delayed over whether cats are witches' familiars

THE QUEEN’S speech will be delayed while Democratic Unionists and Tories debate whether cats help witches cast spells against Christians.

DUP leader Arlene Foster has refused to support the government until they commit to a crackdown on witchcraft, including a zero-tolerance approach to goblins and the reintroduction of the scold’s bridle.

Foster said: “Cats do the bidding of their warlock owners and cavort regularly with Satan, or as I call him, the Pope.

“Everyone knows that you cannot cast black magic without cats, although we are also opposed to owls, imps, and dogs that turn into headless men at night.

“We are committed to supporting a strong and stable government in the national interest, but not at the cost of allowing these demonic beasts to continue infesting our homes.”

A Conservative party spokesman said: “We’re not going to commit to something pointless and cruel, or pander to the whims of extremists for the sake of power.

“Anyway, back to discussing benefit sanctions and Brexit.” 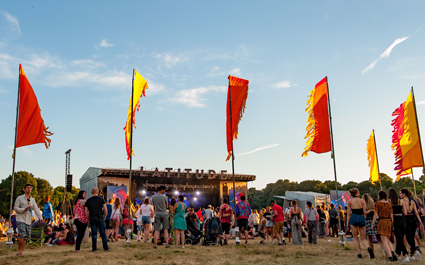 BOUTIQUE festival Latitude will allow attendees to test their coffee for purity and bean quality, it has confirmed.

In a move designed to safeguard its clientele from poor quality hot drinks, coffee testing stations will be positioned around the festival and operating on a ‘no questions asked’ basis.

A Latitude spokesman said: “While we don’t encourage coffee drinking, we acknowledge it does happen, especially if people have had a hard week working in London and need an extra boost to make it through Mumford and Sons.

“In some cases people could be unwittingly drinking instant coffee or even that Mellow Bird’s stuff which has powdered milk already in it.”

Marketing consultant Nikki Hollis said: “Last year I scored a bad coffee at Latitude. It seemed fine at first but I developed a bitter taste in my throat while walking from a Zadie Smith talk to see a reformed 90s shoegaze band.

“I was sweating like a pig during Joanna Newsome’s set which I’m sure was because of toxins or something.