They Live reclassified as a documentary

THE John Carpenter film They Live is a documentary, it has been confirmed.

The film, about humanity being manipulated to mindlessly breed and consume by a master race of disgusting extraterrestrials, was previously marketed as fiction.

Director John Carpenter said: “Initially we were forced to promoted the film as a fantasy, but the skull-faced creatures who use consumerism to make us into obedient cattle no longer feel the need to hide.

“I think everyone has pretty much worked it out for themselves by this point, or just doesn’t give a shit.”

He added: ”It wasn’t easy getting the aliens to let us film them, but when I told them they’d get to share the screen with Rowdy Roddy Piper they really couldn’t say no.

“I mean, would you? He’s Rowdy Roddy Piper for Pagan Owl God’s sake.”

Watch The Handmaid's Tale and get back to us, DUP tells Britain 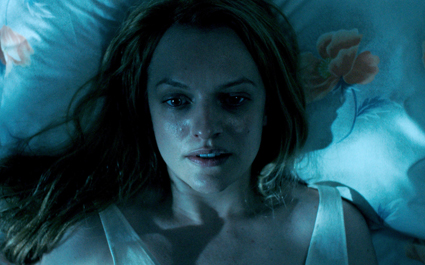 THE DUP has advised Britain to watch The Handmaid’s Tale as it pretty much explains where they are coming from.

The Democratic Unionist Party has recommended everyone watch the television series about a fundamentalist society in which women have no rights, power or freedom.

“Although some aspects of the show’s God-bothering military dictatorship are a bit liberal for our tastes, it’s not a bad start.

“There’s quite a lot of nudity, but that’s fine if it is for educational purposes.”

Foster also advised Britain to watch a series of conspiracy videos on YouTube to explain their position on climate change.

The 1984 classic Footloose was also recommended, highlighting the party’s hope of eventually outlawing all music, dancing and fun.