Scotland and Wales can f**k off though, court rules

THE Supreme Court has confirmed that the UK’s regional parliaments and assemblies can fuck off.

Amid anger at the Brexit ruling, campaigners are delighted that the devolved Scottish parliament and Northern Irish and Welsh assemblies have been exposed as the impotent lie they always were.

Norman Steele of Reading said: “It was fun at first watching them act like their silly regional things were important and having debates and stuff, but come on.

“We can’t be listening to them and their farcical accents when we’re dealing with serious stuff. Who do we consult next? The Cornish?

“Also they can’t have a say on matters of national pride because we beat it out of them in all the wars we won.”

Supreme Court justice Mary Fisher said: “Like any legislation which removes rights of citizenship, Brexit must go through parliament to be legal.

“But proper parliament, not these toy ones. Get real.” 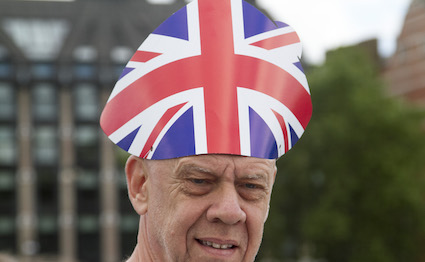 ANYONE caught Brexiting will go to prison, the Supreme Court has ruled.

Following orders from their European paymasters, judges declared that anyone Brexiting, attempting to Brexit or conspiring to commit Brexit will face a minimum 10 years’ imprisonment plus confiscation of all their property.

A curfew will also be imposed from 9pm this evening, after which anyone speaking English, using imperial measurements or wearing any two colours from red, white or blue may be detained indefinitely.

“I wish this wasn’t necessary, but the good-natured continental tolerance of we Remainers has been stretched too far and it’s time to set some examples.

“Technically parliament could defy them, but it’ll just go along with the lobbyists rather than respect any democratic decision, and if it didn’t the judges would have it dissolved anyway. So everything’s fine again.”

Roy Hobbs of Stoke-on-Trent said: “Give me Brexit or give me death. Well, hold off on the death. There’s some stuff I need to post on Facebook first.”