Six ways to spot if Dominic Cummings is in your workplace

BIG bad Dom is back on the jobs market. These six tell-tale signs will identify if you’re working with him:

Just like Dom banned ministers from GMTV, you’ll know he’s the new store manager in your Asda when he bans sales to anyone with a Tesco Clubcard. “They’ve voted with their feet and they’ll have to live with the consequences,” he will be caught off-handedly saying over the tannoy.

When your local Greggs encourages customer loyalty by continuously slagging off the Pret over the road, calling them ‘continental wrap-peddling scum’ who ‘trail their dicks in the salad’ then you’ll know Dom’s found a new position in lunchtime retail.

Any call-centre worker directed to read their new supervisor’s ‘map of unrecognised simplicities of effective action’ then given a new answering script which ‘explicitly acknowledges the fractal complexity of interaction’ can expect to see a familiar bald head looming over their cubicle shortly.

Running a bus company only to find a new driver’s developed a ground-breaking new route which involves going up the M1 to Durham for tea with his parents, for which the passengers are given scornfully weak excuses about eyesight tests? Dom’s on board.

It’s important, when managing a school canteen, not to openly refer to all the teachers as ‘useless wankers’ who ‘couldn’t run a tech start-up if given six patents and £6.2m of seed money from an angel investor’. When your newly-hired dinner lady comes out with this, check for gilets.

Demanding you humiliate yourself to support him, then f**king off seven months later

Has the latest recruit to your distribution warehouse toppled shelves by crashing a fork-lift, then insisted you and all other senior management say he only did it to be a good father to his children, then pissed off? Who else could it be?

Hapless twat does it again 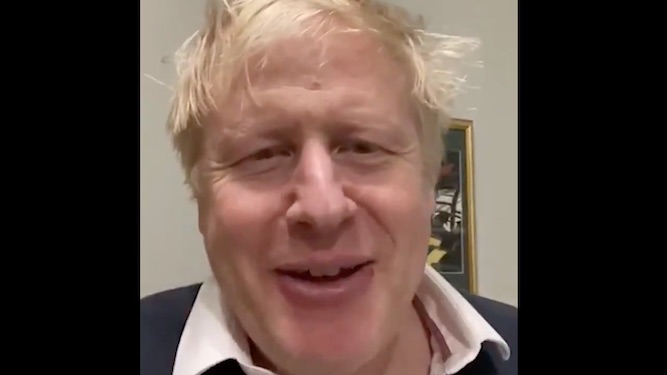 THE blundering dickhead in charge of the country has only gone and got himself exposed to Covid again.

Boris Johnson, whose key job this year has been to ensure that Britain is not overwhelmed by the coronavirus. caught it once in the first lockdown and now may have it again in the second.

“Once can be regarded as misfortune, though it’s hard to do so when you’re on record as saying you’ve shaken the hands of a full hospital ward.

“But after you were in intensive care and nearly died you claimed it had been a sobering learning experience that had brought you face-to-face with your own mortality. Then you do it again.

“We’re all in lockdown and you’re meeting people indoors and maskless? What’s wrong with you? Did you not know the rules you yourself made? Dense twat.”

Boris Johnson said “I can assure everyone that I am fit and healthy and bursting with antibodies and absolutely as brainless as my critics claim. Haha. Thick as absolute f**k.”