THE ten candidates to become prime minister have been sent to a country house to be picked off one by one by whichever of them is secretly the killer.

The candidates, all of whom have powerful motivations to commit the crimes and are capable of anything, will remain in the remote property until the killer is unmasked.

Tory chairman Brandon Lewis said: “The first to die will be Mark Harper, found spreadeagled on a snooker table with all the balls forced down his throat, in order, in what everyone naturally assumes is a sex game gone wrong.

“Then Esther McVey’s found hanged having spelled out Brexit in leaves with her final breath, but nobody’s sure if it’s a clue or if she just believed in it that much.

“One by one they’re killed – Hancock, Hunt, Javid, Johnson – and finally Rory Stewart gathers Leadsom, Gove and Raab and reveals they’re all murderers. And Stewart himself admits killing Johnson ‘by accident’.

“There’s a struggle for a gun, two shots, then it’s out to the Tory membership for survivors Gove and Raab to see who our new homicidal prime minister will be.

“No of course there can’t be an election. Britain will take whatever it’s given.”

Full stops to be formally retired in favour of 'lol' 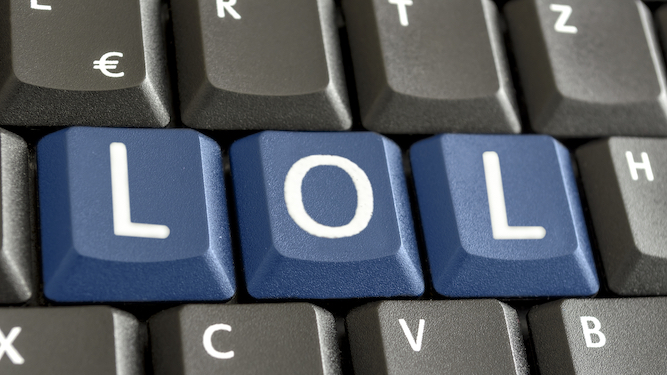 FULL stop usage is being suspended indefinitely now that most people end every single written sentence with ‘lol’.

The acronym initially meant ‘laugh out loud’ but has now drifted to mean ‘I am a fun person’, ‘I meant no offence’ and, predominantly, ‘I have stopped writing and it is your turn’.

English professor Helen Archer said: “The noble full stop has served us for centuries, but now it is time for the internet to replace it with some dumbed down, idiotic bullshit, as it has everything else in the world that is good and right.

“From a sympathy card to a government report of child poverty, writing ‘lol’ to indicate the end of a sentence is now simply correct usage. ‘LMFAO’ or ‘ROFL’ are acceptable variants.

“As of 2020, full stops will become laughably antiquated, and people will make videos of teenagers trying to use them, like they do now with rotary phones and cassette tapes.

“There will probably be some people who insist they have a certain retro charm, like those oddballs who love vinyl records, but ultimately the full stop’s long reign is over lol”