BARONESS Thatcher has agreed to meet Sarah Palin if she can whack her with a big stick every time she says something stupid.

Palin hopes to meet Thatcher during a visit to London after she has finished her nationwide tour of the United States to find out how many of them are as badly educated as she is.

She then hopes to be anointed as the heir to Ronald Reagan’s legacy by the 85 year-old woman who still gives many American right-wingers a painfully hard erection.

A source close to the former prime minster said: “Some will no doubt say that the two woman will find a lot to agree on, but they forget that while Margaret was ferociously conservative she was never a huge fan of morons.

“While Mrs Palin may be a female politician of the right, she is actually just an idiot. A potentially dangerous idiot, I grant you, but for goodness sake let’s not make this more complicated than it actually is.”

The source added: “Margaret had an ideology which, whether you like it or not, became one of the dominant forces in 20th Century global politics. Sarah Palin thinks chocolate eclairs are communist.”

Another friend of Baroness Thatcher said: “Obviously this meeting has to happen. It simply has to.

“But we have to give Margaret an outlet for her rage. She knows the end is approaching and she doesn’t want to waste time not hitting morons as hard as she possibly can.

“We’re hoping that Mrs Palin will mention how she can see Russia from her house and then watch as Margaret opens up a hefty wound above her left eye.

“She’s 85 but she’s got a lot of strength in that right arm and if provoked sufficiently she can still pounce like a leopard.

“The worry is she may have one of her delusional episodes, mistake Mrs Palin for Geoffrey Howe and then just beat her to death on the drawing room floor.”

Closing bad universities could exclude people who did nothing at school 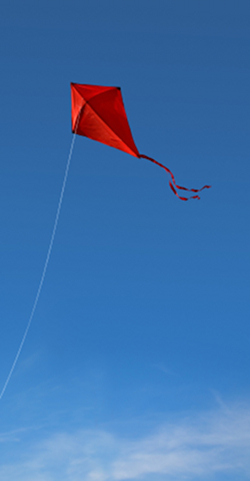 PATHETIC universities may be allowed to close, threatening the academic careers of people who should never have been there anyway.

Of the country’s million or so universities, economists believe the bottom 400,000, many of which were established specifically to service the needs of the lazy, are in a precarious financial state and could soon be forced to shut their doors.

Emma Bradford, Head of Media and Buns at the threatened University of Polytechnic, said: “Establishments like ours provide a vital service to young people who are not typically academic, in the sense that they preferred to spend their sixth form years smoking baggy joints while listening to dubstep in a rusty hatchback just outside the school gates instead of attending some onerous lesson about oxbow lakes.

University of Polytechnic lecturer Martin Bishop, who runs the Cheese and Harps BA Hons course, said: “As a reasonably charismatic hard-drinking divorcee who regularly sleeps in his clothes and may yet provide inspiration for a Mike Leigh film, I am unemployable in any other capacity.

“Except perhaps as a careers advisor. And the prospect of doing that job is only marginally more depressing than stepping in front of a Range Rover.”

Uncommitted student Stephen Malley said: “I am so angry with this situation, whatever it is. I didn’t really catch it the first time, sorry.

“Well not like, super angry. But I mean, you know, fuck it.”