Thatcher Tries To Close Her Own Ward

BARONESS Thatcher was under sedation last night after trying to close the ward where she is being treated. The claw has injured four nurses

The former prime minister threatened to sack medical staff at the Chelsea and Westminster Hospital after they refused to give her a choice of dressings for her broken claw.

Consultant Denys Finch-Hatton said: "She was initially amused by the karmic forces that brought her under the care of an organisation she fucked sideways with a melon for over a decade.

"But then she became very agitated, got on the phone to Norman Tebbit and told him to sell the hospital to some Chinese gangsters."

He added: "We've made her as comfortable as possible which means, thanks to the enduring effects of her 11 years in power, she's currently propped up outside the gents."

Although Lady Thatcher is in a stable condition, her accident and her advanced age has created a dilemma for the New Labour politicians who have continued her work while simultaneously begging the trade unions for money.

A Downing Street source said: "In the event of her popping off, we'll have to say something that is statesman-like but does not alienate traditional Labour voters. Then again there is only about four of them.

"What about a full state funeral with a 21-gun salute, but at the end we drop her down a disused coal shaft?"

Meanwhile Martin Bishop, a former Liverpool dock worker, said he remained in a permanent state of readiness, adding: "I've got my fireworks, my bunting and two crates of Stella. It's going to be fucking mint."

New Big Brother Series May Be Best Ever, Says Its Viewer 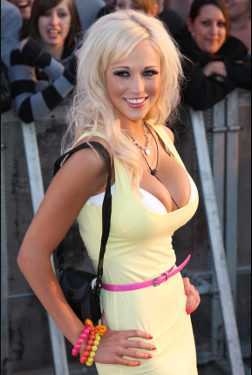 THE current series of Big Brother could be the best one yet, according to the person who has been watching it. Ruth Herron, the 48-year-old housewife who constitutes the show's entire audience, said this year's collection of  fame-hungry strangers was especially gripping and was puzzled as to why she had no-one to talk to about it.

Mrs Heron, from Stoke, added: "'The format still seems fresh and exciting to me. And I'm not just sayng that because I've spent the last 10 years in a coma after a crane fell on my head.

"Who came up with the idea of putting a load of twats in a house and then chucking them out one by one? Actually, now I think about it, it's a lot of boring shit. I think I'll get some sea monkeys instead."

Meanwhile former BB winner turned BB pundit, The One Who Lives In A Lighthouse Or Something, said the series was as strong as ever.

"Big Brother has given us some of the most enduring figures in contemporary popular culture. Who could forget characters like The Little Lesbian One Who Looks Like a Testicle, The Unhinged One Who May Have Stuck A Bottle Up Her Tumpsy or The One Who's One of The Ones With The Massive Tits?

"These beloved figures have gone on to become some of the biggest names in daytime cable TV craft shows and prostitution."

Thingy Lighthouse Chappy added: "From racism to bullying to custard fights, Big Brother has it all. If I had a telly in the lighthouse, I'd definitely think about watching it, if I was bed ridden and my eyes had been stapled open."

A spokeswoman for BB producers Endemol described the current series as 'a white-knuckle thrillcoaster that grips you like a snapping turtle', although when pressed for details on recent events in the house she admitted not having seen it for a few days due to a string of late night dental appointments.