The Brexiter's guide to misunderstanding democracy ARE you a Brexiter unable to stop howling about democracy despite not knowing how it works? Here’s how to be a shouty, ill-informed wanker:

Balance your belief in democracy with mental statements like ‘If Remoaners don’t like it, give them one-way tickets to Venezuela. And if they won’t get on the plane, set police dogs on them.’

Have a curious understanding of ‘majority’

52 per cent of Britain voted for the EU to f**k off. That’s a massive super-majority and the idea that it’s only 37 per cent of the electorate is just Remoaners twisting reality.

Know nothing about democracy except the vote bit

Separation of powers? Independent judiciary? A mountain of erudite thought is available in a split second on Google, but why waste your time with Tocqueville (French) and John Stuart Mill (three names, clearly posh) when the only important definition of democracy is ‘Brexit’?

Even though you didn’t give a toss about any vote before or since 2016, be absolutely batshit, brink-of-a-coronary furious about it all the time. If people shuffle away from you in the pub or your wife has left you, you’re defending democracy.

Believe MPs are your slaves

Prove your ignorance of representative democracy by insisting MPs must do exactly what voters tell them to. If someone provides a ridiculous counter-example, eg ‘So should they put sharks in swimming pools if idiots vote for it?’, just angrily reply ‘YES!’

Make shit up as usual

Everyone who voted for Brexit wants no-deal and fully understood every last detail, despite a lot of them believing patent nonsense like the EU wanting to change the name of bananas to ‘das Yellowenbendifreut’.

How to be liberal by calling everyone else racist 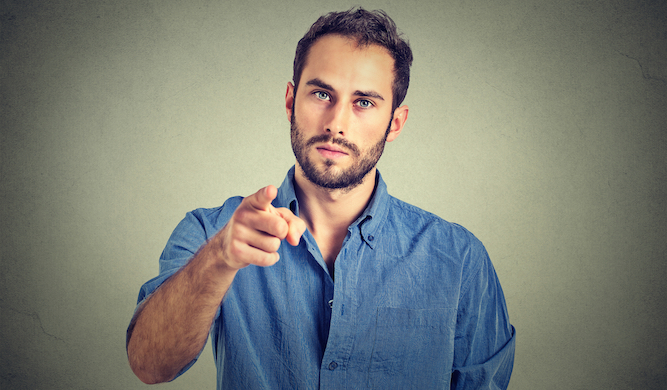 IS everyone racist except you? Are you the only white person who truly gets it? Do they need to be told? Here’s who to point the finger at:

People who do impressions

Doing an impression of someone’s accent is a great opportunity to label them a racist. Accents that are okay include: French, German, redneck American, Irish if impressionist is of more than 30 per cent Irish heritage. All others: wrong.

These boozed-up baby boomers enjoying the comfort of a gilet and a Labrador are just itching to commit a racist hate-crime no matter how much they tell you they love a ‘good boogie’ to Stevie Wonder.

Anyone who voted for Brexit

Confronted with the unpalatable fact that many Britons are against the status quo, liberals took about 48 hours to decide the only possible reason could be racism. Whatever your stated reason for voting leave, you’re one goose-step away from an ‘I Heart Hitler’ T-shirt.

Anyone who ate Robertson’s jam in the 1980s

Robertson’s jam had golliwog branding, with collectable badges, for decades. If someone who ate it thirty years ago tries to tell you they just loved marmalade it’s a cover for the fact they hate black people.

Anyone who read this

This is clearly a racist article which means if you’re a point scoring liberal trying to prove you’re the most ‘woke’ you’ve basically just joined the far right.