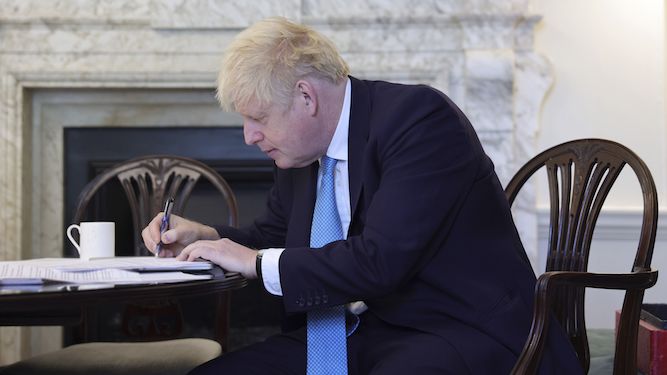 BORIS Johnson’s eventual deal with the EU will be a huge disappointment to Leave voters who never knew what they wanted anyway. Tell yourself these lies:

Brexiters have the same level of interest in detail as potatoes have in Einstein-Rosen wormhole theory. Ignore the fact that it’s Theresa May’s deal in a plastic Union Jack hat, and just say things like “Finally we’re bloody out!”

Be an outright twat

It’s easy to ignore job losses when it’s faceless people in other parts of the country; it’s how we passed the 80s. If it’s your own family you’ll just have to be a shit about it. Tell your jobless graduate daughter fruit-picking is the new biochemistry and she could work her way up to supervisor.

Economic migrants will still come to the UK, so just completely ignore them now. This will be easy because they were never doing you any harm in the first place.

Sound knowledgeable by spouting random snippets of jargon you’ve read online, eg ‘Australia plus plus, plus plus plus, plus was what I voted for. Greenland doesn’t have cod rights in its ferry quota tariffs.’

Brexit was never about a supra-national trading bloc. It was random grievances: Muslims, the Germans, people on Channel 5 dole documentaries, hanging, debit cards instead of proper money, and litter in beauty spots. Plus hanging again.

Nissan laying people off? Chaos in Dover? Ignore reality and claim everything is fine. Flatly refusing to discuss Brexit will leave you more time to focus on them bastards in dinghies.

Vegetarian 'honestly' doesn't mind if you eat meat in front of them, you awful prick 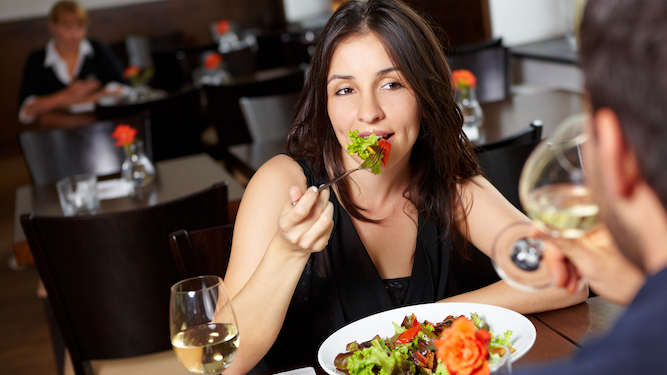 A VEGETARIAN is definitely, completely sure that there is no problem with you eating your medium-rare steak while sat opposite them, you dick.

Carolyn Ryan, a long-term vegetarian, is completely fine with friends and family consuming the flesh of an innocent animal right in her f**king face, ‘no don’t worry about it’.

She continued: “Like they’d give a shit if I wasn’t ‘fine’. Trust me, I’ve tried.

“Sure, flay and cremate a chicken right in front of me. Why would I mind? It’s only completely contrary to my stated value system.

“Some vegetarians still buy meat for others, or cook it. I personally won’t do either of those things, but apparently casting judgement if on a first date a carcass is delivered to our table is ‘rude’.

“I have the good table manners not to comment because it’s preferable to carnivores getting all huffy and turning away from the table to bite their burgers, like that makes it better.

“The only thing I vocally object to is if you’re the kind of knob that has ketchup with a filet mignon. I mean, Jesus, did a cow really have to die for that?”