Hapless twat does it again

THE blundering dickhead in charge of the country has only gone and got himself exposed to Covid again.

Boris Johnson, whose key job this year has been to ensure that Britain is not overwhelmed by the coronavirus. caught it once in the first lockdown and now may have it again in the second.

“Once can be regarded as misfortune, though it’s hard to do so when you’re on record as saying you’ve shaken the hands of a full hospital ward.

“But after you were in intensive care and nearly died you claimed it had been a sobering learning experience that had brought you face-to-face with your own mortality. Then you do it again.

“We’re all in lockdown and you’re meeting people indoors and maskless? What’s wrong with you? Did you not know the rules you yourself made? Dense twat.”

Boris Johnson said “I can assure everyone that I am fit and healthy and bursting with antibodies and absolutely as brainless as my critics claim. Haha. Thick as absolute f**k.”

Family alarmed after Dad cries at something other than sport 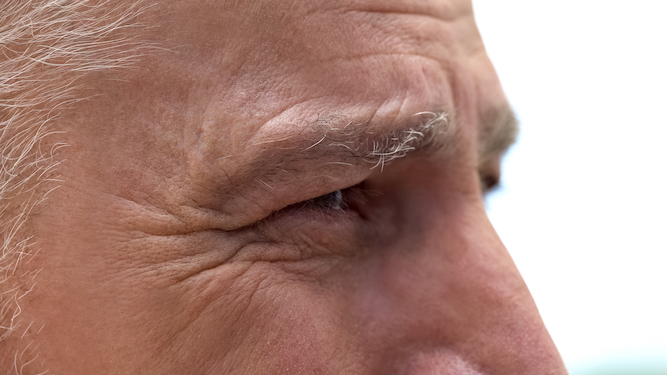 A FAMILY are worried about the man of the house after he shed tears at a non-sporting event for the first time in their whole lives.

63-year-old Martin Bishop was observed to have tears in his eyes during an RSPCA Christmas appeal, causing his wife and children to hold an anxious conference in the kitchen.

“The other two were Wayne Rooney breaking his metatarsal in 2004 and the lads getting beaten by Iceland in 2016, so this is an alarming development.

“Mum also claims his eyes got misty at the opening ceremony of the London Olympics, which is concerning because it doesn’t strictly count as sport and if he’d seen it in a theatre he’d have called it ‘arty-farty rubbish’.

“Is he depressed? Is it a sign of early onset dementia? Is he having an affair with the lady over the road and the emotional strain is getting too much? We’re all beside ourselves with worry.”

Martin Bishop said: “One of the dogs in the advert looked just like Andy Murray when he won Wimbledon in 2013.”