The Mash guide to Christmas with your favourite politicians

HAVE you ever wished you could spend Christmas with Diane Abbott, Iain Duncan Smith or better yet both?

Find out what joys would be in store as Britain’s top politicians describe their festive plans.

After a lie-in in respect of all the workers who cannot have a lie-in, I’ll rush downstairs to find out what new biographies of Lenin have been left under the tree. Then it’s a vegetarian roast and a traditional Christmas film like Equalos No Fascismo, Pablo Gómez’s three-hour documentary about the 1970s Bolivian trade union movement.

I’ll be starting the day by going to church, because my faith is very important to me and God’s always keen to be updated on how well Brexit is going. Then it’s home for Christmas dinner and the Queen’s speech, then the Queen’s speech again, then again. Because that proves I back Britain more than my rivals. Then again.

On Christmas day I like to go for a bracing walk, perhaps with 500 or so friends in bowler hats with military-style drums chanting the traditional festive greeting of “NO SURRENDER!” There’s nothing wrong with it, it’s traditional. Anyone who says it’s prejudiced is lying. Then it’s off to church to pray for the destruction of the antichrist the Pope, followed by Ulster Unionist carols like No Gays in the Manger. It will be lovely.

I’ll begin with church, a normal church and definitely not an ancient hidden temple to Nommo the fish god, then a traditional roast with English sprouts instead of the inferior Brussels ones. We always take time to think of those less fortunate than ourselves, or as my wife put it in the Daily Mail yesterday, ‘Get these scrounging homeless Romanian bastards off our streets.’

For me Christmas is all about japes! In a way Jesus was the first japester, what with all that bonkers walking on water malarky. Yes, chez Johnson it will be non-stop hilarious japes like sliding down banisters and singing O Come All Ye Faithful in Latin. Then I’ll retreat to my study for several hours and contemplate the terrible, terrible mess I’ve made of my life.

Christmas is the very essence of Britishness, so I’ll be spending it in Washington fellating any alt-right weirdo, nonce or fascist who might introduce me to my close, close friend Donald again. That’s the great thing about Brexit – it restores your national pride.

Robin in garden is not dead nan visiting for Christmas 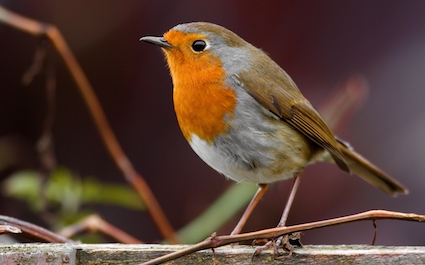 A ROBIN has confirmed he is not the vessel of a deceased grandparent returned to visit the family for Christmas, and is just eating some seeds.

The misunderstanding arose when the robin alighted on a bird-table outside the window just as Mary Fisher was discussing her much-missed grandmother.

Mary said: “It was like a sign from the heavens. Just as I mentioned Nana Fisher, there was the robin bold as brass with a cheeky look in its eye the very same as hers.

“As it nibbled the fat balls I said ‘Nana? Is that you?’ and it gave me this wise look as if to tell me everything was okay and to stop fretting, just like she used to, before flying off. Probably to our Jason’s.”

However, robin Wayne Hayes said: “There’s a birdfeeder by the window and I need protein-rich food to make it through winter. It’s that simple.

“I am not now, nor have I ever been, the spiritual vessel of a dead human.

“The spirit of Mary’s nan is actually inhabiting her Canon MG5700 colour printer. Those paper jams are a sign. She hates you.”