The next five scandals Boris Johnson will walk away from unharmed

DIPPING into Tory coffers to redecorate his flat is just the latest scandal that won’t trouble Johnson. He’ll also walk away untouched from these five:

The break-up of the United Kingdom

The cracks have been growing for years, and thanks to Johnson’s conviction that only England counts there’s a good chance he’ll be leader when it finally breaks apart. Instead of disgracing him, Johnson’s buffoonish handling of the situation will be celebrated and the Scots and Irish will become the new hated foreigners.

Improbable, but there’s a slim chance that a man ran a campaign of lies to win Brexit for personal gain might not follow through on his promises. But fishermen will laugh off their raw deal though because Johnson will appear on the telly waving a kipper saying ‘what a spiffing haul’.

It’s impossible to predict which class, colour or creed Johnson will offend next, but given his track record it’s only a matter of time. But the outrage will swiftly be weaponised as a ‘war on woke’, Boris will be declared the new Prince Philip, and it’ll make him so popular even Sir Keir Starmer will vote for him.

Pushing the Queen down some stairs

After receiving a knighthood he awarded himself, Johnson will shake the Queen’s hand and push her down a gold staircase. Her Majesty will tumble for a full thirty seconds before dusting herself off and playfully punching him on the arm. The incident will be celebrated on worthless commemorative coins your mum buys from the Mail.

In need of a quick boost after tanking the economy, Johnson decides to move Trident to Cardiff Bay and escalates it into a full-blown nuclear standoff between Wales and England, which the English find hilarious. Sends our wartime nostalgia into overdrive and sees Britain declared a one-party state before he jokingly nukes Snowdonia.

Five ways to make your waitress fantasise about murdering you 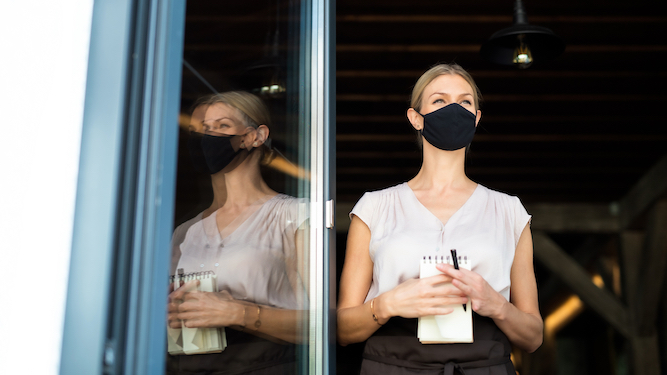 HOSPITALITY staff across the country are thrilled be back to work, until you come in. Because you do things that make waitstaff focus very hard on not reaching for the knife:

Give her a nickname

She knows her name. She has known it for roughly her entire life. It’s on the tag. However, she might be on the lookout for a new one, so go ahead and suggest witless variations while she, in return, silently makes a list of objects she could beat you with repeatedly.

View the menu as a jumping-off point. You’re paying, so this is about you and how you want the sauce, but only on the side, and actually could you taste some first? Think carefully about how you want your meat cooked, because she’s thinking about slow-roasting your scrotum very thoroughly indeed.

If there is one thing waitresses hate about the most, it is the boring, slow hours with nothing to do but rest. Spark her imagination with heroic tales about the time you did not know escargot were snails, and watch her eyes dance with visions of you choking on them.

Be generous with verbal tips

Give a man a fish and he will eat for a day. Tell a waitress how to stack plates better, then leave a handful of change when the bill comes, and she will think about drowning you for the rest of her life.

This is your meal. You have paid to be here, or at least will when you are finally convinced to get the bill in forty-five minutes. So sit back and take your time nursing that last swill of wine while your server takes her time watching the life slowly drain from your body. In her imagination, sadly.