A 33-YEAR-OLD man is only dating a girl 14 years younger to protect her from older men with bad intentions, he insists.

Tom Booker says he worries for girlfriend Lucy Parry because there are a lot of sleazy guys out there who would try to exploit her youth and inexperience.

He continued: “I met Lucy on Tinder after I’d set my age range to 18 to 25, for a laugh, and was immediately struck by how innocent she looked and instantly wanted to protect her.

‘There are a lot of creeps out there preying on girls like her. I saw one guy who was almost 40. So I messaged her initially to warn her about those types and that’s how we met.

“Her parents aren’t too happy which I understand, because people make assumptions, but I’m sure they’ll soon see I’m only thinking of Lucy. Also I have a car, a flat and a job in an escape room.

“She’s so much more mature than other girls her age. Before we met she spent all her time getting pissed with her uni friends and making TikToks, but she much prefers watching The Sopranos with me while I explain it to her.”

He added: “What I’m doing is a public service really. I’m one of the good guys.” 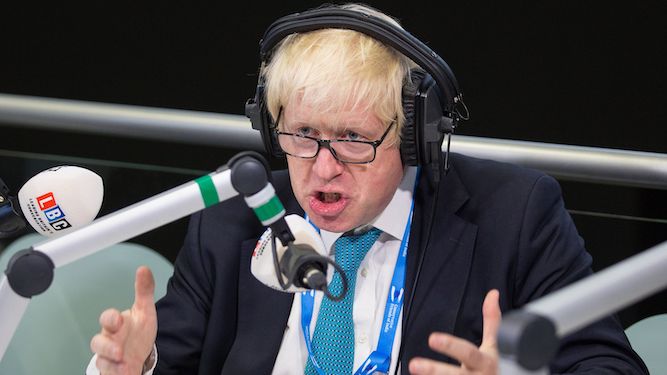 BORIS Johnson only shouted ‘no more f**king lockdowns, let the bodies pile high in their thousands’ because he was recording a hip-hop album, it has emerged.

Michael Gove, who is producing the project by providing a selection of his choicest beats, said that it was meant to be a surprise for Britain which the press had now ruined.

He continued: “Everyone’s had a creative lockdown project. Carrie’s was developing her new career as an interior designer, Boris’s was to become the rap MC he always knew he could be.

“He was laying down some really raw shit over pounding bass when he shouted those words, which were simply the braggadocio of the urban poet and not in any way policy.

“Unfortunately he was wearing headphones so, without the thunderous beats, it may have been misconstrued. If the snitches had heard him continue ‘popping caps in all y’all assclowns, take out my strap to lay those bustas down’ they wouldn’t have had to run to Peston.

“It’s a 22-song project with a early 90s Lench Mob feel and guest appearances from Foxy Brown, Daz Dillinger, Q-Tip and a blistering verse from Jacob Rees-Mogg. Out in summer.”

Gove added: “The fact that the bodies have piled high in their thousands as a result of the prime minister’s decisions is mere coincidence. You can’t damn a man for a coincidence.”