In a call to the prime minister last night, Sturgeon told him ‘it is not if but when’ she gets another referendum, wins Scottish independence and any risk of a Labour government is eliminated permanently.

She continued: “I know you like referendums, Boris. I know you like everyone thinking you picked the wrong side and you proving them all idiots. Don’t you?

“Well this referendum would be a very special referendum. It would mean that the Opposition has a handicap of 59 MPs going into every election, so you would always win.

“Yes, some people in your party won’t agree, but you can fire them like last time. And the Queen won’t like it but you talked her into prorogation didn’t you, you silver-tongued devil?

“All these scare stories about it diminishing the UK are the same ones we heard during Brexit, and they were wrong, weren’t they? They don’t have your boldness or your vision.”

Boris Johnson said: “All on my own, without any influence from anyone, I’ve just come up with a brilliant idea.” 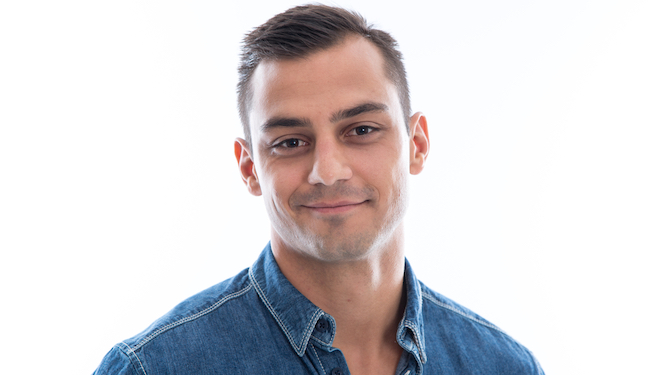 ARE you a heterosexual woman? Commiserations, because you’ve definitely dated one or more of these arseholes:

It doesn’t have to be marijuana – maybe it’s Red Bull, or cocaine – but this dude was always more focused on getting high than spending time with you. Remember having your dinner plans cancelled at zero notice so he could go smoke in his mate Grubby’s car? And you still had sex with him later.

The classic image of infidelity is the married man having a lunchtime tryst with his secretary, but if you’ve gone out with this guy you know it starts way earlier. Darren had five girls on the go when you were in Year 11, and you remember him fondly each time you have an STI test.

You initially started going out with him because he seemed intelligent, thoughtful and well-read, but it became apparent his true joy was in belittling anyone who hasn’t watched all the arthouse films he has, and girlfriends especially. He’s now living in Camberwell with his impossibly thin French wife and a pedigree dog who hates him.

When he told you he woke up at 5am to do pilates you pictured yourself inspired to do the same. And his flat in the centre of London was so convenient, even if he was never there, and when he was there he only talked about cryptocurrency and how poverty was a choice. You only got halfway through dumping him when he took a call from his broker and never came back.

Did you really waste two years of your life going out with this man? It all happened so fast – you went on one date, he didn’t pick his nose or nick your chips, and suddenly you were playing board games at his sister’s house every Friday evening. If you can’t remember his name, that’s ok. It was probably Ian.