ARE you broadly left-wing? Does British politics cause you indescribable pain? Here are five things more gratifying than the same miserable election results year after year:

Have you ever considered intentionally jabbing an object into your eye? It’s painful, wilfully stupid, and will blind you to your side losing another Red Wall seat to the party who’ve been f**king the country for ten years. So win-win.

Burning your mouth on the first bite of a meal

Sitting down to enjoy a lovely meal and then promptly burning the roof of your mouth is way more satisfying than watching the party you support oust its leader to become more electable and then promptly losing a by-election. At least you got a small taste of something nice before it turned to shit.

Hey, it’s only a shirt. You can always buy a replacement that looks a bit like your old one. Not so with a political party. Maybe you could vote for one of the small parties that will never get in but will make you feel good about yourself? That’s a bit like having a parliamentary majority, right?

You might hate seeing yesterday’s meal again, but surely not as much as you hate seeing the same bollocks play out every time anyone with progressive policies attempts to do anything in this post-Brexit hellscape. And you’ll be done vomiting in a day, instead of ten f**king years.

Losing your phone to some thieving bastard is terrifying and getting it replaced is an expensive pain in the arse, but freeing yourself of your real-time portal into whatever outrages the Tories are committing and Labour isn’t might finally help you find that inner peace you haven’t had since the Iraq War. 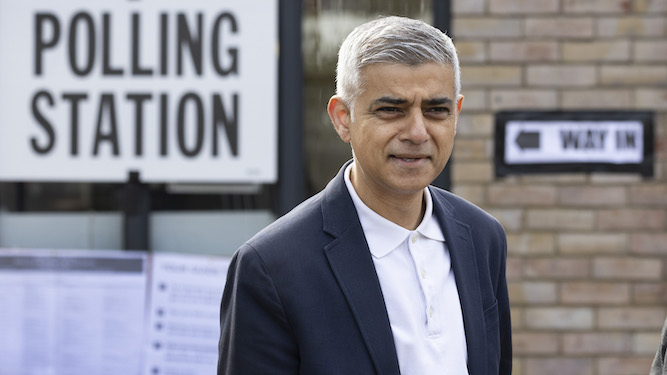 From Durham to Dunstable, from Carlisle to Chipping Norton, the country cannot understand how a man with a record like Khan’s has once again won election.

Steve Malley of Nottingham said: “You can walk up and down the streets here and you wouldn’t find one single Khan supporter. So it beggars belief.

“He’s turned London into a cesspit of knife crime, drug abuse, cycle lanes, you name it. I’m terrified to even go there. Haven’t for years.”

Donna Sheridan of Bradford agreed: “RIP London, basically. The congestion charge, the price of a Travelcard, woke mobs pulling down statues in Bristol: all on Khan. Do these Londoners know nothing about what’s going on in their own city?”

“I reckon the Queen will announce she’s moving the family up here to Bradford in short order, if she doesn’t want stabbing in a shopping centre over postcode gang drill rap disrespect.”

Londoner Nathan Muir said: “I don’t give a shit who the Mayor of Doncaster is, do I? If you even have a Mayor. Don’t tell me. I lost interest halfway through asking the question.”