Today not the day for blame, say right-wing hatemongers

BRITONS should not turn against each other but remain united in love, according to prominent right-wing extremists keen to move on.

Commentators including Nigel Farage have told the country that we cannot fight terrible crimes like this by ‘giving in to those who peddle hatred and division’.

Farage said: “Now is not the time to frighten people with large posters depicting ‘hordes’ of ‘Turkish immigrants’ who are actually Syrian refugees, fleeing for their lives.

“And now is certainly not the time to describe those refugees as ‘cockroaches’. We must not allow ourselves to get caught up in the politics of identity practiced by those who think there are pathetically simplistic solutions to everything, such as closing our borders and quitting the EU.”

Meanwhile, former EDL leader Tommy Robinson, real name Krystof Razynski, added: “We should all have respect enough to maintain a dignified silence until it is time to move on and discuss it no further. Probably tomorrow.

“Sorry, my phone went. I have news alerts set up so I can tweet about Muslims 24 hours a day.”

Christ on a f**king bike, it’s boiling though, confirms Britain 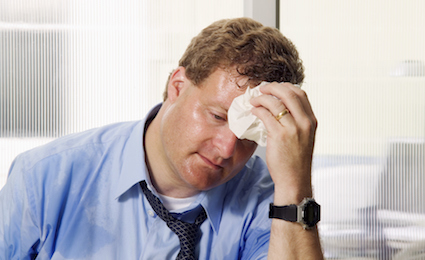 BRITAIN has confirmed it is panting like a dog and that hot weather is stupid and wrong.

With temperatures topping 30 degrees centigrade, the country is spending the day shifting uncomfortably in its own sticky mess.

Office worker Nikki Hollis said: “I managed to break into a sweat by sitting perfectly still at my desk, so any activity will make me look like I ran through a carwash.

“Meanwhile, my colleague Geoff continues to observe a hygiene routine more typically found in a medieval serf during a two-year siege. Spiffing.”

The Met Office has advised people to drink plenty of water, avoid the midday sun and to comment every eight seconds that it is the humidity more than the heat that gets to you.

The heatwave is expected to last until Friday, at which point the country will be a lawless desert filled with wretched savages fighting to the death over a box of Mini Milks.

Hollis added: “It’s not all bad. This evening I get to spend 35 minutes on a very busy train.”