Tories are like that precisely because nobody kissed them

THE Conservative party is founded on lonely nights at school discos, it has emerged.

Fans of the ‘Never Kissed a Tory’ movement have been warned that they may be bolstering the party’s ranks by depriving social misfits of affection.

Psychologist Dr Helen Archer said: “Conservatives of both sexes, emerging from school discos unkissed, take revenge on their peers by increasing tuition fees, banning drugs and ensuring they can never afford to move out of their parents’ houses.

“Tories go through adolescence watching other boys and girls kiss those they fancy, becoming increasingly bitter and power-obsessed.

“Kissing a Tory will never be pleasant, but it is often the only way to change them. The more kisses a person receives, the more left-wing they become.

“Hence, on one end of the scale, we have Jeremy Corbyn, ‘The Commie Casanova’. And on the other end, Eric Pickles.”

Schoolmates of Iain Duncan Smith recall seeing him on the sidelines at his public school’s disco, sipping his Tizer and slyly writing names in a notebook while the other boys danced and snogged to Cliff Richard.

Iain Duncan Smith said: “My wife and I not believe in kissing, because it is unhygienic. I sometimes permit her to kiss a specially prepared area of my neck that I outline in Biro.” 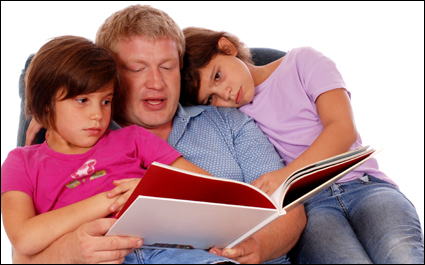 CHILDREN’S books are written specifically to make the adults reading them aloud sound like idiots, it has emerged.

Parents have been led to believe that the endless repetition of infantile words and phrases is crucial for child development. However, children’s writers have admitted that their work is designed to create embarrassment when read aloud.

Helen Archer, author of titles including Algernon Carbuncle’s Splendiferous Unicorn Zoo,Uncle Splunkle Wunkle and Ishy Wishy The Squishy Fishy, said: “Like all children’s authors, I haven’t got a clue about children and don’t even like them.

“I just write down any old shit that sounds stupid or rhymes, then get my husband to read it out to me.

“If he sounds like an absolute bellend or it’s so annoying to listen to that I want to kick myself in the face, I know I’m onto a winner because kids love to see their parents humiliated.

Father of three Nathan Muir commented: “Reading a children’s book aloud is a humiliating task, especially as I feel like a bad parent if I’m not doing it in the style of a coked-up Blue Peter presenter.

“I try changing the most inane parts but somehow they always fucking know.”