Tory conference breaks record for most bastards in one place

THE Conservative party conference has won a place in the Guinness Book of Records for fitting the largest number of total bastards into one location.

Officials have confirmed the 11,000 Tories at the Manchester Central Convention Complex is the largest collection of absolute arseholes in a space that size.

A Guinness spokesman said: “They really made an effort. They’ve got every type of arsehole, from scheming ministers to horrible old couples from the shires who are still sad about the end of apartheid.”

Delegate Norman Steele said: “As a wealthy retiree whose life is a routine of lawn-mowing and petty boundary disputes, the highlight so far has been complaining about breakfast at my hotel because they wouldn’t let me have seven sausages.

“Besides that I just enjoy being with like-minded people who love Brexit and still describe women as ‘crumpet’.” 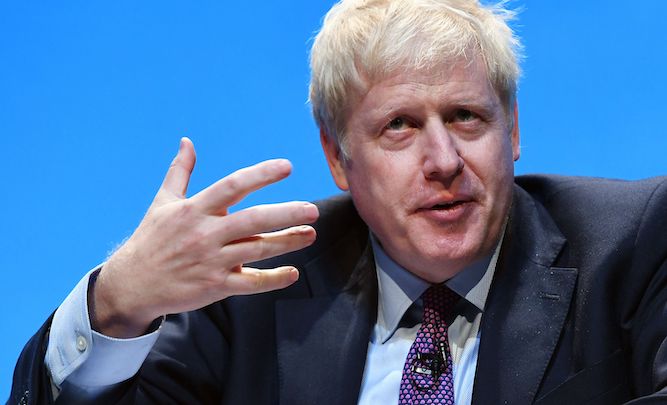 BORIS Johnson is relieved that women still do not have the vote, it has emerged.

After being accused of extreme sexual harassment, Johnson claimed it was fortunate only men were allowed to vote in elections, ‘otherwise there might be trouble’.

He said: “There was talk of  women voting a few years ago, but then everyone agreed it was a terrible idea which was, I think, the right decision. There’s a lot of angry ladies out there.”

Woman Emma Bradford said: “Like everyone else I assumed he was someone who understood and respected women. I’m sure that grabbing the thigh of a female journalist was all about empowerment.”

Isobel Young added: “I would vote for him, but only because he called the female journalist a liar.”