HARD-pressed public sector workers have threatened to spend the winter at their apartments in Santa Ponsa unless the government improves its offer on pay and conditions.

Trade Union leaders have told the Prime Minister that he must come forward with an inflation-busting wage rise and increased pension contributions or the south coast of Majorca will be teeming with striking British workers by the end of October.

TUC general secretary Brendan Barber said: "The Majorcan climate is wonderfully mild from November to January. There's nothing quite like Christmas dinner on the terrace followed by a stroll on the beach.

"I just wish more of our members could afford a detached villa rather than a pokey two-bedroom apartment with a shared pool. The ball is in the Prime Minister's court."

Ian Shattle, a 44 year-old planning officer from Essex, said: "The pool can be a bit cold at that time of year but there's an excellent Bonnie Tyler tribute band in the bar on Thursdays. You should hear this guy sing Total Eclipse. Un-believable."

He added: "If you get bored with the resort you can always take the hire car into Palma and buy shoes."

Helen Farkker, a 32 year-old occupational therapist from Wolverhampton, said: "Santa Ponsa has a lot of new build but it retains some original charm. I particularly like the fact that it's not full of Germans."

She added: "If the government hadn't spent so much money machine-gunning Arabs I'd be able to afford an extra week in the middle of June. And they've got the cheek to call themselves socialists." 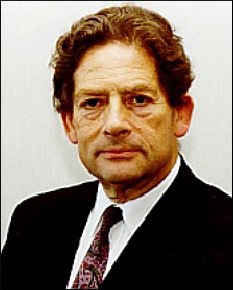 TV food fans were celebrating last night after the BBC confirmed plans for a new series of Nigella Lawson Eats a Banana.

The series of six half-hour shows will feature Nigella Lawson sitting in front of a camera, eating a banana.

A BBC spokesman said: "There will be no script, no music and no credits.

"It will just be a solid half-hour of Nigella Lawson working her way through a fairly large banana."

The Corporation has already commissioned a raft of shows featuring the popular chef.

This year's prime-time Christmas Eve slot on BBC1 will be filled by the hour-long special Nigella Lawson Dresses Up as an Elf.