UKIP attracting Labour voters 'who are alienated and really gullible'

UKIP is attracting thousands of Labour voters who have rejected mainstream politics and rational thought.

Experts said the party could overtake Labour because its simplistic message can appeal to angry, gullible people across the political spectrum.

Martin Bishop, author of The Way the Stupid Vote Now, said: “You don’t have to be a disgruntled Thatcherite to believe that Britain is shit because of the EU.

“You don’t have to be a former BNP voter to believe that Romanians eat cats.

“Just because you live north of Birmingham and your grandfather wore a cap, doesn’t mean you’re not an utter fucking dipshit.” 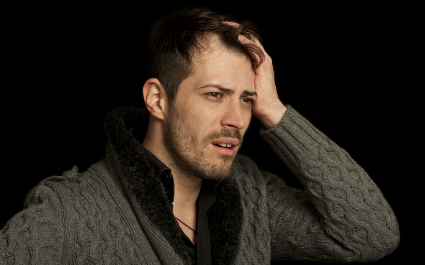 AN anecdote about work has turned into a hellish mess of ill-advised comparisons.

Comms manager Tom Booker has continued to introduce similes to clarify earlier metaphors and is now unable to escape.

Colleague Carolyn Ryan said: “He’s deployed an elephant in the room, a forest invisible because of trees, a herd of cats and an alien invasion fleet, but none of them make sense and he just keeps going deeper, like Inception.

“Also, like Inception and Call of Duty, it turns out that the fourth level of metaphors is always a snowy one. Who knew?”

Booker said: “I think one more analogy, this time to Jesse Owens at the 1936 Munich Olympics, should put the lid on the whole thing.

“I just really want everyone to understand the extent to which Claire is being a bitch.”