NEWLY elected UKIP councillors have discovered they are not allowed to remove their borough from the European Union.

The local councillors, whose skills include patriotic fervour, will now be forced to spend the next five years making speeches about Eurocrats during planning meetings and calling for Union Jacks to be painted on wheelie bins.

Norman Steele, the new leader of UKIP-controlled Doncaster Council, said: I was proud to announce earlier today that Doncaster will be freed from the yoke of EU membership with immediate effect.

I have now been informed this will not be possible. Same goes for my plan to build a 200ft wall around the city to keep out the Bulgars.

He added: I cant even force people to wear ties.

Former BNP councillor Stephen Malley said: When I was elected in 2009 I was shocked to discover the police wouldnt obey my direct orders and that using the council to promote anti-semitism was against the law.

I couldnt get anyone deported, it turned out that Christmas wasnt actually banned and there was no money for my spectacular torchlight rally.

However, I was able to deny the Holocaust during a meeting about mobility scooters.

Britain wondering what weak-willed, power-hungry Conservative Party will do now 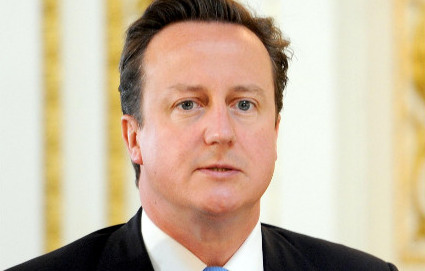 BRITAIN is wondering what impact UKIP’s electoral success could possibly have on the Conservative Party.

Political consultant Julian Cook said: “Will David Cameron lurch to the right in a craven attempt to win over a band of angry dimwits?

“Or will he adopt a series of populist, right-wing positions in the hope they will appeal to millions of belligerent cretins?

“Perhaps he will do neither and simply ramp up the xenophobic, anti-liberal rhetoric in a bid to attract patriotic simpletons and traditional British nincompoops.

“I’m certainly not putting any money on it, and I’m quite the expert.”