UKIP is to accelerate its leadership election to fill the bellend void left by Nigel Farage.

The party wants to quickly appoint a git, or possibly even an arse, or face losing the support of Britain’s utter bellends to the reinvigorated Conservative Party.

One of the front-runners is councillor Lisa Duffy, described by various members of the party faithful as ‘who?’ and ‘the Gordon Brown one?’.

The current favourite with bookmakers is Steven Woolfe, viewed as the ‘acceptable face’ of UKIP by people with incredibly low standards.

Whoever becomes leader will have to decide why the party now needs to exist, with many feeling that they should be more vocal on the subject of ghastly foreign cheeses.

Former leader Nigel Farage resigned last month so he could spend more time being one of the reasons people do not go to pubs any more.

You'll get bored of all this soon and I’ll still be loaded, says Philip Green 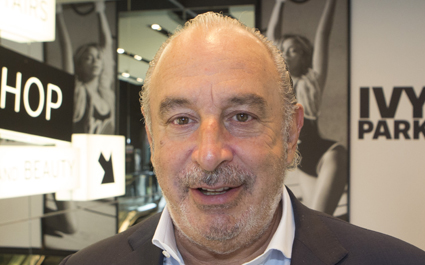 SIR Philip Green has confirmed plans to ignore a few weeks of criticism for his role in the BHS collapse and still be rich at the end of it.

The billionaire admitted that denunciation from politicians and the public does sadden him, but remains confident that everyone will forget it all within a fortnight, just like they always do.

He continued: “Remember when you were all angry with the Royal Bank of Scotland guy? Do you even remember his name?

“Or, back in the 90s, it was all the British Gas fat-cats. The nation was hopping mad. I bumped into one of them the other week in a casino in Monaco.

“What about the whole offshore thing with Cameron’s dad that everyone was in a stew about? The one that was going to change the face of British politics? Me neither.

“I don’t underestimate Britain’s anger. This could last until September or even into early October.

“But my choice is pay back £571 million or be called rude names for a bit while I lie around on a yacht listening to Bryan Ferry and eating truffles? Now that is a dilemma.”