VINCE Cable has unveiled plans to appeal to younger voters by saying he is going to vote for Jeremy Corbyn too.

Cable, who became Lib Dem leader after the only challenger was former Wimbledon and Newcastle United boss Joe Kinnear, is hoping the approach will entice a new generation to the tiny party.

At  a party event in Dorset, Cable said: “I think Corbyn is ‘the bomb’. Like Donatello from the Teenage Mutant Ninja Turtles or Jet Set Willy.”

He added: “I know it’s pretty uncool for people over 50 to say they vote Lib Dem so getting 16-25 years to vote for us must be totally red hot.

“Which I assume is what young people say about things that are really ‘uncool’.”

Cable added that Theresa May was totally ‘whack’ before doing the devil’s horns sign and attempting to skateboard off the stage.

One onlooker said: “He fell off and really fucked his knee.”

Don’t call me stupid, says Brexiter before saying something stupid 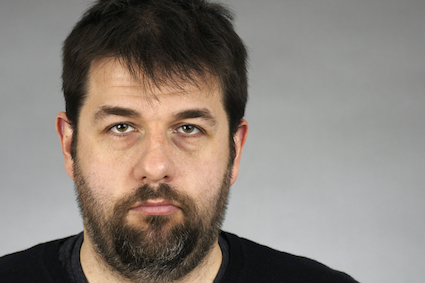 A BREXIT supporter is  sick of being called stupid despite continually saying stupid things, it has emerged.

Martin Bishop said he hates people assuming he is unintelligent, before confirming the stereotype with some uninformed ranting.

Bishop, from Doncaster, said: “Calling Brexiters stupid is deeply offensive. It’s actually a form of racism, like how black people were treated during slavery.

“People say we don’t understand how the EU works, but I understand perfectly well it’s a fascist organisation and all the other member states want to leave but the Germans won’t let them.

“It’s disgusting how they charge us billions and we get nothing in return. Well, we’re free now and we’re not scared of their so-called ‘EU army’ because it’s well known foreigners are useless at fighting.”

Bishop then went off on a disjointed ramble about Brexit being a struggle between honest Northern folk and greedy middle-class people ‘down south’ that seemed to rely on an entirely fictional version of British geography.