Tom Booker, from Southampton, said: “I like money. I like how it feels in my hands. Labour had some lovely things to say about society, but I don’t actually care about any of that because it’s not money.

“I promise I will do nice things with some of the money. This afternoon when I’m in Tesco I’ll buy some pot noodles for the food bank, and then I’ll feel totally okay about what I’ve done.” 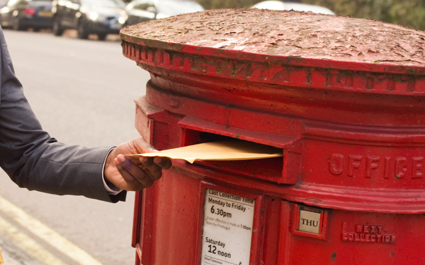 After checking that the Royal Mail did not offer a same-day postal service, politicians united to confirm that they despised postal voters and always would.

Nick Clegg said: “It’s the same mentality as those dicks who leave five minutes before the end of a football match, but without even the justification of missing the traffic.

“Guess what, postal voters: I shot a load of zoo animals this morning, for no reason.

“And what are you going to do about it? Nothing, because you’ve already voted for me just to save yourself five minutes’ walk to a primary school.”

David Cameron agreed: “I can say now that if you are a postal voter then I will keep none of my promises to you.

“Your taxes will go up, your benefits down, your children into care and your house is currently being bulldozed. Fuck you.”