WALES has voted overwhelmingly to carry on being rude to visitors.

The campaign, bitterly divided between ‘We hate them’ and ‘We need the money’ camps, has been arguing for months over whether one of the country’s most cherished traditions should end.

Holyhead shopkeeper Wayne Hayes said: “While I wanted to retain the right to glare at anyone over five feet tall, there is the economic consideration of the six hundred quid per annum tourists bring in.

“Self-autonomy in the area of surliness is key to our national identity, but it’s not easy when your main selling point is being slightly warmer than Scotland.”

The result was announced at the Welsh Assembly under a statue of Owain Glyndwr making a ‘wanker’ sign behind Henry IV’s back. 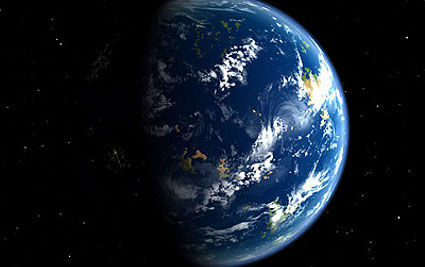 PLANET Earth has confirmed that it really does not like Sting.

The singer attended a massive climate change march over the weekend, causing Earth to speculate on why cool celebrities never go to these things.

Earth said: There is something about that so-called Sting that really makes me want to drop a natural disaster on his ass.

The planet is increasingly frustrated that no good actors or musicians ever speak up for it.

Mark Ruffalo seems like a right bedwetter. And Emma Thompsonno.

Why does Lemmy from Motorhead never turn out for ‘green’ happenings? Or Chow Yun-Fat?

Hard Boiled is my favourite film. Despite your hippy preconceptions I am really into the cinema of extreme violence.

Earth added: I believe if we work together we can stop global warming.

All you have to do is not have any sexual intercourse ever again.