MANAGERS have demanded a six-week break for exhausted players who have been at it since as far back as August.

Poor results in the Champions League have been blamed on a gruelling schedule which requires players to be on the pitch for between 90 and 180 minutes every week, often with as little as four days’ break in between.

Arsenal manager, Arsene Wenger, said: “You should have seen them after the Dortmund game, slumped on their benches, breathing heavily, their brows dusted with a sheen of sweat. It’s inhuman.”

The draft schedule calls for a six-week autumn break from late August to mid-October, followed by an eight-week winter break from November to January. A final spring break would run from mid-March to mid-April.

Clubs have confirmed that they will use the extra time to play a series of debilitating but lucrative exhibition games abroad.

Scotland allowed to run the UK every other year 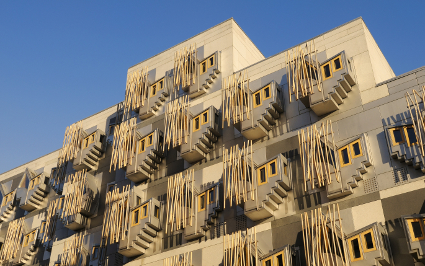 Under new rules the House of Commons will pass all powers to the Scottish Parliament on 2 January, 2015, after which the English will labour under the yoke of free universities and prescriptions for a full year, unless the money runs out.

The prime minister said: “It will be especially difficult for Southerners, who’ll have to adjust to the unprecedented humiliation of being ruled from hundreds of miles away by leaders who would never visit their nasty city.

“Meanwhile, residents of the North of England will experience less change, merely alternating between London and Edinburgh in their hatred for the out-of-touch elitists they didn’t vote for.”

Construction is already underway on a three-mile square floating city of lobbyists which will be anchored in the Thames or the Forth depending on who is in power.