The 32-year-old solutions strategist is known throughout the business for his sideways perspectives on office life, but what he makes appear effortless actually places huge demands on him.

He said: “When I get home from work that’s when my real job begins.

“Nobody sees me sweating for hours over one-liners about the HR department, but comedy gold like this doesn’t just come from thin air.

“That joke I made yesterday about how Julie always hogs the printers? That started its life back in 2005 about Karen and the fax machine. Taken literally years.”

Malley admitted employing a team of writers to work with him on wisecracks about colleagues for a brief period, but it became hard to justify paying their salaries.

Instead he has taken an evening entry-level position at a small business where he can roadtest an observational routine about Conference Room B on an audience with low expectations. 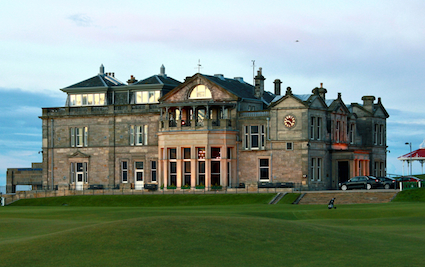 The Royal and Ancient Golf Club in St Andrews said the move would recognise the ‘long and valued’ contribution made to the sport by Yardies.

But the club insisted it will continue its ‘zero tolerance’ approach to gang warfare.

A spokesman said: “We do ask that if we have Yardies from different gangs, whether they’re out on the course or in the members’ lounge, they leave their issues at the door and celebrate their mutual love of the game.”

Equal rights activist Martin Bishop said: “Why has it taken so long?”