THE prime minister has claimed that welfare reform offers ‘new hope’, like Luke Skywalker at the beginning of Star Wars’.

David Cameron said that, like Skywalker, the reforms were ‘the child of a hideous villain who loves to kill’.

But he insisted Iain Duncan Smith would eventually reject the dark side and ‘become a friendly ghost like Obi Wan’.

He added: “Like young Skywalker on Tatooine, we don’t yet know if these reforms will have the patience and dedication to become a Jedi.

“The reforms need to go to the Degobah system, eat stew with a goblin and do some handstands next to a swamp.”

Mr Cameron insisted welfare policy was working hand-in-hand with the cut in the upper rate of income tax, which he described as the ‘Han Solo of fiscal reform’.

He said: “When you add in the Princess Leia free schools and the R2D2 rail link to Birmingham, we will all soon be partying with the Ewoks of Prosperity.” 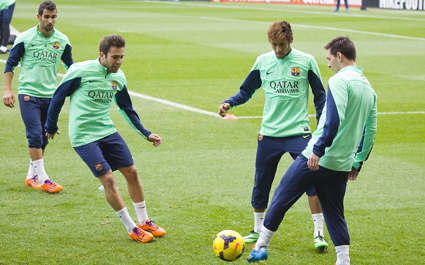 THE referee of Manchester City’s match against Barcelona has said he favoured the Catalan team because they are much better.

Swede Jonas Eriksson said: “Giving Barca a penalty and a City player a red card helped the match to the right result.

“Barcelona are not only a team with a long and proud history, a unique relationship with their fans and attractive shirts, they also play like angels.

“City, in contrast, are an oil money vanity project with no connection to their heritage whose presence in Europe will be as baffling to future generations as that time Blackburn won the Premier League.

“I’m thinking of sending off the entire City team in the second leg, then we can all enjoy the passing magnificence of Barca unsullied by opposition.”