MPs have pledged that voters will never again be given the power to actually change anything.

Following a terrifying surge in political engagement in Scotland, Westminster is determined that all future votes will be the usual choice between three men built by Marks and Spencer.

House of Commons Speaker, John Bercow, said: “An 84 per cent turnout, rallies in the streets, and intelligent, informed debates are all the stuff of nightmares.

“By some dreadful miscalculation the future of this nation was, for a brief time,  in the hands of the people who live in it.

Cross-party talks are already taking place to ensure all further choices offered to the public are so utterly meaningless that voter turnout will nestle comfortably in the low 40s. 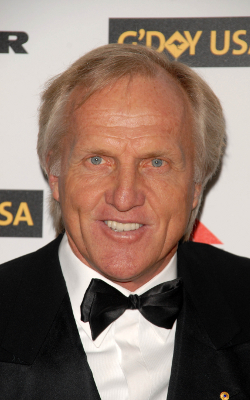 IF you get bitten by a walker and don’t immediately chop the infected area off, you’ll turn within 12 hours. Every golfer knows that.

But a sportsman can’t saw through his limbs these days without some moronic team of surgeons trying to sew them back on.

I cant say Im sad to go. Twenty years roaming the overgrown golf courses of a ruined continent, smashing the heads of freshly-turned walkers with my nine iron, switching to the one wood for the really necrotic ones with no flesh left on their skulls. Alone, except for the caddy I no longer speak to after an incident with a scorecard 16 years ago. Washing in filthy creeks. Eating roast woodchuck. Winning no Majors.

Ian Poulter, Seve Ballesteros, Nick Faldo  I’ve buried all the greats. Actually I possibly made the wrong call with Nick. He was on the phone discussing buying a pergola, which isnt normal for the undead, but his face was a hateful, expressionless mask so I carried through on my swing. At the end of the day, the pro who stops to think is the pro who gets eaten alive, screaming as rotting hands yank out your hot guts.

And now its my turn. The hand I cut off with a chainsaw, my own traitorous limb, has been sewn back on by do-gooding idiots. Nice to have something to hold my Omega on obviously, but that pleasure is tempered by its murderous intentions toward me. Ill probably be strangled in my sleep and then the next morning out on the road again, shambling along the fairways a sick parody of a man, like Jack Nicklaus.

So I hope someone out there has the courage to do what I could not. Promise me when the time comes, each one of you will be prepared to plunge a Phillips head screwdriver into my temple. Don’t get sentimental: I won’t be Greg Norman, two times Open champion, the Great White Shark.  Ill be nothing but a monster begging for an end.