What Boris Johnson can't do now he's got a CCJ: an unemployed debtor explains

Buy a sofa on credit

A couple of weeks ago everyone was making a huge fuss about Boris and Carrie borrowing money to do up their flat, and now we know why. Poor bloke isn’t able to buy a sofa on credit from DFS and was too embarrassed to admit it. Honestly, he’s just like you and me.

Apply for a mortgage

A CCJ makes getting a mortgage difficult. People have been slagging off the Tories for changing the rules about voting so they can stay in power longer. Obviously it’s so Boris can remain at Number 10, as he won’t be able to buy a new gaff with this hanging over his head.

Have a job that requires security clearance

A CCJ means you can’t be given certain types of security clearance, which will be a pain for Boris as he’s meant to be the guy who knows the nuclear codes. He’ll have to pass them over to Dominic Raab, even though he’s got the look of someone who would obliterate France for a laugh.

Get a new mobile phone

Have you been wondering why Boris’ number was all over the internet and he didn’t bother to change it? It’s because his CCJ is stopping him from getting a new contract. To be fair, he could probably get a pay-as-you-go SIM, but when would he get the chance to top it up? He’s a busy man.

If you’ve got a CCJ, you’re fair game for the bailiffs. I pretended I was out when they came for me, but Boris can’t do that because someone’s always opening the door of his house on the news. Never mind though, I expect he’s got an expensive portrait of Tony Blair he can give them.

How to stop an an ex moving on, by your ex 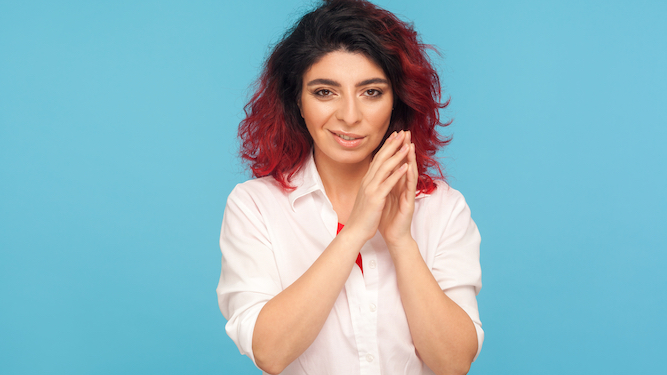 REMEMBER me? Apparently not well enough. You got over me a little too fast for my liking, so here’s how I’m going to mess with your head for kicks.

Even though you clearly didn’t mean it when you said ‘let’s stay friends’, I’ll be hanging around like an eggy guff in an unventilated room. I’ll send hot-and-cold signals on the affection front so you’re never sure if I want to start again or you’re deluded. But if you make a pass I’ll freak out.

Nothing spins you out more than ‘thinking of u’ or ‘heyy u up?’ at 1am on a weeknight. In the cold light of day I’ll say these were drunk texts meant for someone else. In reality they were carefully typed and proofread to deliver the maximum emotionally-devastating payload.

Steering each and every conversation down memory lane will make you doubt why we ever even broke up. Difficult if you’re talking about a bereavement or a toothache, so don’t be afraid to be blunt. ‘So sorry your cat got run over, reminds me of our sexy Batman-Catwoman roleplay?’

If you’re still not putty in my hands I’ll randomly turn up on your doorstep and invite myself in for a drink. One thing will lead to full penetration and before you know it we’re bumping uglies four times a week. But I’ll refuse to talk about it and ghost you the moment someone swipes right on me.

This will come out of the blue because we haven’t actually said we’re going out, but it’s a great way for me to stay in the emotional driving seat. You’ll probably be a bit heartbroken, try to improve yourself, and then meet someone new. That’s when you can expect me to rinse and repeat all of the above. See you then.