Schrodinger's cat, curate's egg and other idioms insufferable wankers use to sound clever

HAS some knobhead just dropped ‘Occam’s razor’ into conversation and then given you a supercilious glance? Here’s what they meant:

This is the theory that the simplest explanation for anything is the most likely. Take the European Super League as an example: were the clubs involved really trying to develop grassroots football, or are they a bunch of greedy bastards in shitloads of debt? Exactly.

Schrödinger’s cat is a thought experiment where a cat exists in an indeterminate state of simultanous life and death in a sealed box. If someone is comparing something to Schrödinger’s cat they are almost certainly misunderstanding it entirely. Challenge them and watch panic spread across their face.

In this fairy tale, nobody within the inner circle of an opposition political party dares to tell their leader that beyond constantly moaning about the government, the party offers no solid policies of its own. The leader therefore remains convinced his party can win until one day the voters tell them the truth.

This is when something is considered to have both good and bad parts. For example a Brexiter might say that the downside of leaving the EU is millions of tonnes of fruit left rotting in the fields, but at least there are no migrants here to pick it.

Pavlov rang a bell every time he fed his dogs until just ringing the bell caused them to salivate. Likewise, when someone says ‘it’s like Pavlov’s dogs’ all listeners instantly begin nodding sagely at this salient point even though they don’t understand its relevance to a chat about Toilet Duck. 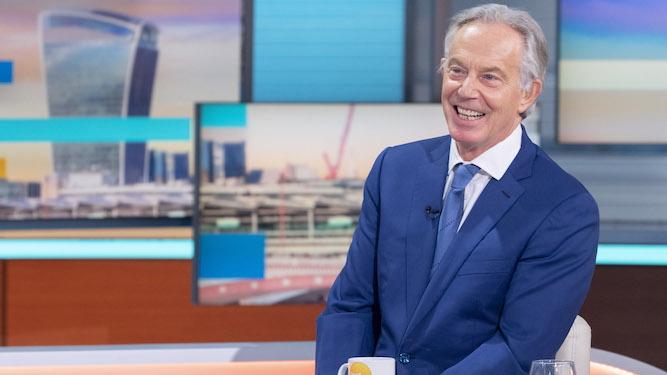 Following the former prime minister’s appearance on Good Morning Britain where he talked just like a human, senior Labour figures believe that given the circumstances it might be their best shot.

An insider said: “Where did it all start going wrong? When Blair left. Has it stopped going wrong since then? It has f**king not.

“We’ve had four leaders since, each a total disaster in their own special way, and gone from the Tories in fragile coalitions to a total Tory landslide. What have we got to lose?

“Yes we hated him, yes Iraq, but can we seriously afford to still be holding that against him in the circumstances? And I know he looks ancient but he’s only 68. That’s ten years younger than Biden.