Women ‘should be banned’

WOMEN are too much trouble and should be banned, UKIP leader Nigel Farage has claimed.

After commenting that women who had children were less valuable employees for City firms, Farage said he had now come to the conclusion that women are just a nuisance in general.

Farage said: Having children is incredibly stressful for employers and women should stop doing it, or not get a job in the first place and stay at home baking cakes and lactating.

However, women are a lot of hassle in many other ways. They clutter up the bathroom, weep all the time and want to talk about feelings instead of cricket.

And of course you waste an awful lot of time having sex with them or helping them reverse park, when you could be running a political party to stop Britain losing its sovereignty to unelected EU bureaucrats.

My feeling now is that we need a ban on women. Im not suggesting we put them in prison or anything like that, just special knitting camps.”

Teacher Tom Logan said: Im not bitter about my three failed marriages, however its obvious to me that women are highly desirable yet also evil. Basically they are succubi.

We could all do with a break from them. Then we could throw ourselves into untroubling male activities like fishing and visiting tool shops.”

Office manager Nikki Hollis said: Im a woman, and support banning women, but then I am mental. Vote UKIP! 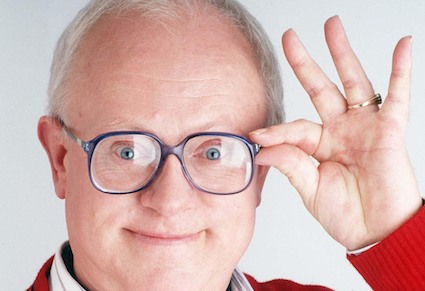 THE producers of Coronation Street have been urged to bring back the little fat man with the bow tie and the glasses.

Millions of soap fans last night watched the heartbreaking suicide of Hayley Cropper while simultaneously yearning for the days of Reg Holdsworth and his malfunctioning waterbed.

She added: “Coronation Street used to be like a Norman Wisdom film, but with affairs that took place in flats above video shops.

“Remember when Reg’s waterbed exploded and we all had to wait a week to find out who had survived?