IN 2020 Priti Patel said she’d call the police to report a neighbour holding a party but now she’s defending Boris Johnson’s. Here’s her guide to whether a party breaks the law.

Could the party easily be mistaken for a work event?

Look, sometimes it’s hard to tell if you’re engaged in the vital work of running the country or at a garden party. The two are very similar. Well, they are if you’re very important like me. If you’ve got an ordinary job and you’re having a few cans with the neighbours in the garden it’s definitely illegal, as well as common.

Did you stumble on it by accident?

If you have an exceptionally large garden, as many members of the Conservative party do, it can be hard to keep track of what’s happening in it. Sometimes a party will suddenly spring up, and you’ll stumble into the middle of it on your way back from the orangery. Not illegal, just accidental.

Did you spend less than 25 minutes there?

It’s a truth universally acknowledged that an event only becomes a party when it enters its 26th minute. So even if you’ve downed a bottle of Shiraz and done a round of flaming sambucas in the time leading up to that, it’s not technically a party. This is an indisputable fact.

Did any of the guests arrive in a small boat?

I don’t mean a dinghy full of terrorists and freeloaders that has just crossed the channel. I mean a pleasure cruiser or a punt that’s been lazily poled down a river by a rich prick wearing a boater. The first is absolutely criminal and must be stopped at all costs, but the others are fine, especially if your vessel contains a hamper of Dom Perignon.

Are you a toadying sycophant who wants to lick the party host’s arse?

The best way to decide whether a party is criminal is to consider whether you are desperate for the party-holder to like you. Which I do, so Boris has done absolutely nothing wrong.

All work BYOB from lunchtime today 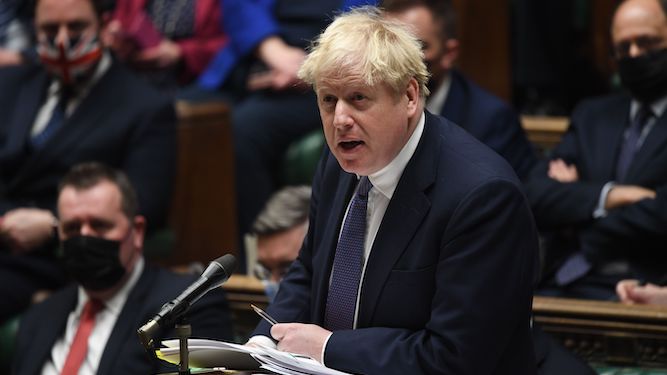 FOLLOWING Boris Johnson’s admission that he ‘believed implicitly’ that 30 people in the garden drinking was a work event, all work is bring your own booze from 1pm today.

Whether working in an office, on a building site, flying passenger airplanes or in Downing Street while nominally in charge of the country during a pandemic, you may bring and drink booze.

“Judy in accounts is on the bourbon, Colin the HGV driver’s finishing off a crate of Stella, and primary school teachers are doing shots. So the prime minister’s fine.

“And it’s retroactive from the beginning of the first lockdown. If you haven’t been drinking at work? More fool you. If you work from home especially.

“Go out in the garden, it’s an extension of the office. Work in this country doesn’t mean being chained to your desk, operating theatre or tunnel-boring machine and never has.”

Tories conceded the policy could cause hundreds of thousands of deaths to save one man’s career, but pointed out that this is in line with party policy over the last two years.