Scottish independence to be decided by tonight's football result

THE question of Scottish independence will be decided not by referendum but by the result of tonight’s England-Scotland result, it has emerged.

Prime minister Boris Johnson, who proposed the wager to Nicola Sturgeon yesterday, promised that if Scotland win they will be granted immediate independence but if England triumph independence is off the table until 2051.

Scotland secretary Alister Jack said: “Group stages can be a bit purposeless, so the boss decided to spice things up by putting the 1707 Acts of Union on the line.

“If England can link through Jack Grealish to Harry Kane, then it’s another 20 years of oppressive Sassenach rule for the Scots. If Scotland manage an unlikely win they can build a new Hadrian’s Wall and rejoin the EU. It really is all to play for.”

Scotland captain Andy Robertson said: “The pressure’s on but if we keep up our press, control the midfield and look to hit them on the counter we could end centuries of rule by posh English wankers.

“In the event of a draw we’ll go to penalties to put this to bed once and for all. Using England’s inability to win a shoot-out to short-circuit democratic process. What a perfect goodbye.”

Footballers of today who could be the angry, biased pundits of tomorrow 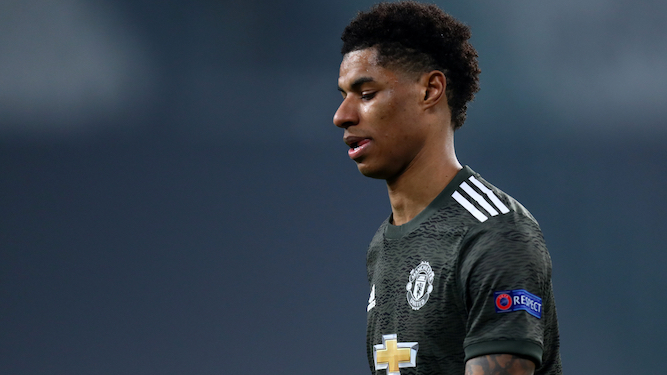 BIASED? Dour? Permanently irate? When Keane and Carragher hang up their mics, we’ll need those qualities. But which current players will be the pundits of the future?

Don’t let his reputation for being soul-numbingly boring fool you. James is keeping his fire damp to erupt into match analysis as a nakedly Liverpool-boosting voice of reason. No matter he’s from Leeds and has played for half the Premier League, not now he’s got YNWA tattooed on his neck.

Kane marks his territory by headbutting Alan Shearer on day one. He then sits silently for the rest of the broadcast – kitted out in black turtle neck, gold chain and signet ring – with the quiet menace of an East End gangster, occasionally threatening to have Daniel Levy ‘done’ if Spurs don’t win the league this season.

Exhausted from a career as elite footballer and moral compass, Marcus uses retirement to cut loose. No matter what the match, he says ‘Yeah, but could they do it on a wet night in Stoke while also spearheading a grass roots campaign to end child food poverty?’ Unanswerable.

Arsey Leicester striker Jamie ‘chat shit, get banged’ Vardy could soon be bringing the non-league chip on his shoulder to the BBC. And with his wife appearing in reality shows and glittering high-profile celebrity court cases, they’ll continue to be a sad, quiet echo of Posh and Becks.

Real Madrid’s ever-furious captain, delighted that Lineker can’t send him off, will bring his bulging neck veins and pumped physique to scream with incandescent rage about pro-Barcelona bias during FA Cup games between Everton and Lincoln City.

Joining together like a morose Latin Saint and Greavsie, the pair will focus withering contempt on every single player in the world for not being as good as them. ‘Shit pass, shit goal’ Messi will say, as the World Cup is won. ‘I scored better with my cock,’ Ronaldo will mutter. As it continues, they drink.