Starmer and Rayner are definitely doing it, by an anonymous Tory source

THAT Keir Starmer? And that Angela Rayner? At it like knives. Well they must be, it’s the only explanation that makes any sense. Let me walk you through it:

Doesn’t matter if it’s on stage at the Labour party conference or on the front benches of the Commons, they’re always together. It’s like they’re joined at the hip. Which they are except not quite the hip – lower down. By which I mean their genitalia.

She was at his lockdown party

You never see his wife

Carrie Johnson? Out front mate. At the parties, picking the wallpaper, pumping out kids. Starmer’s wife? You never see her. Or Rayner’s bloke if she’s even got one. Probably they’re both locked in attics going insane while those two get it on. We should order a judge-led inquiry.

As Boris Johnson well knows, a man can’t spend time with a woman without shagging happening. That’s natural from when we were cavemen and I should know, I’ve done the paleo diet. So if he’s not doing her that’s actually more suspicious and bars him from becoming prime minister.

The council elections are next week

The f**king council elections are next week and we’re going to get battered because of Partygate, even though voters are under strict instructions to only consider local issues and not think about Downing Street. At risk of sounding cynical, it’s incredibly lucky for us Rayner and Starmer are at it like bunnies right now. Which they are. Definitely. 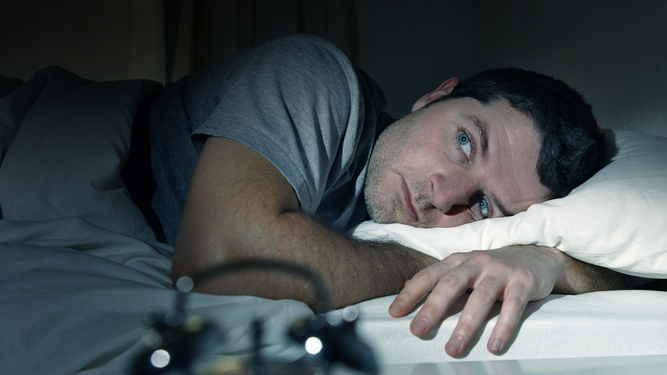 MIDDLE-AGED people must get seven hours sleep, research has found. So that’s another bloody thing to worry about, along with mysterious clothing shrinkage. Here’s some more advice that can f**k off.

Luckily there’s nothing to interfere with this, because who ever heard of middle aged people having kids? Even if you’re spawn-free, you’ll lie awake worrying about the brain damage it’s causing. Soon the 3am paranoia will take over and you’ll imagine you’re just days from becoming a wizened husk in a wheelchair, like Davros.

You need to take care of your health

This assumes you haven’t noticed the bleeding obvious: you are unappealingly rotund, worryingly unfit, and not banging any svelte 20-somethings. Also it would actually be quite impressive if you’d managed to miss countless public health campaigns and worry about not having enough alcohol in your diet.

Do all the things you’ve wanted to

Twats who say this always have a pitiful lack of ambition – it’s things like doing shit watercolours or visiting Scotland. What you really want to do is snort a Tony Montana-sized pile of coke every night, hunt a velociraptor and have its head on the wall, and shag the young Honor Blackman. Confronted with worthwhile projects like these, advice is strangely unforthcoming.

You need to sort out the right pension

Well durr. If you had loads of money and a secure job you’d already have a tippy-top pension. The reason you haven’t is probably that you’re still skint and thinking about the future brings you out in a cold sweat. Incidentally, if someone keeps pestering you about pensions, bite the bullet, actually get one, then tell them about it in extreme detail. They’ll regret trying to look mature after ten minutes of you droning on about the benefits of index-linked.

Take stock of what you’ve achieved and be proud

Ominously, this is touted as a cure for a midlife crisis. Basically you have to downscale your ambitions and feel really good about bog-standard achievements, eg. owning a car or your kids not being in prison. It smacks of self-delusion, although you shouldn’t waste your life on unrealistic goals either. ‘Being Han Solo’ was always fraught with problems.

It’s never too early to plan for your funeral

This is just taking the piss. No one plans 40 years ahead. And even at four quid a month the promise of owning a plush box to decompose in isn’t the greatest motivator. They should at least let you get your money’s worth by spending the odd night in your coffin while you’re alive, but apparently that’s ‘weird’.