THE Conservatives are confident that an entire day spent voting to deprive the poor of food and money will not rebound on them in any way.

Following a day of stripping their new Northern seats of economic support and schoolchildren of food over Christmas, Tory MPs reclined in wing-back chairs and sipped cognac safe in the knowledge their actions would be consequence-free.

MP Denys Finch Hatton said: “I woke up this morning thinking: why do I feel so damn good? Then I remembered.

“It’s been a long time since I felt this proud. Knowing that you’ve taken a stand against the media, against that Rashford lad, all to do the right thing and discourage a culture of dependency.

“I’m so psyched I could just go out there and cut and cut until there isn’t a public service left. I haven’t felt like this since voting for the poll tax in 1988.

“The public? They don’t care about starving kids, or collapsed cities, or the second wave of coronavirus being deadlier than the first. As long as they get a no-deal Brexit, they’re happy.”

Finch Hatton added: “Yes, nothing bad will come of us being drunk on our own power and boundless cruelty. I think I’ll move up to the Lords.” 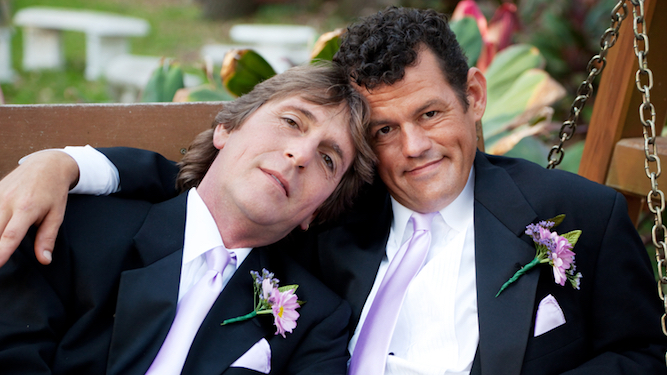 THE Pope has endorsed same-sex civil partnerships, but bigots will still think of weird reasons to oppose gay marriage. Here are some of them.

‘You’ll be able to marry your dog next’

Deeply offensive ‘slippery slope’ argument. It also ignores the fact that at no point in human history has marrying your dog been a popular activity. They wriggle like f**k when you try to put a jumper on them to take a cutesy picture, so imagine trying to get them into a wedding dress.

‘Children are better off with a mum and dad’

Perhaps unsurprisingly, research has proved this is not true. It’s easy to see how kids could be better off without a deadbeat dad or mentalist mum, and even relatively normal parents have their risks, such as being shit at maths when you’ve been dicking around in lessons and need to get your homework done.

‘A celebrity gay couple split up once’

Conclusive proof to morons that gay people just cannot stop their hedonistic lifestyles, as if they’re all Freddie Mercury. Again, rather offensive, because who would want to be associated with the album A Kind of Magic?

‘God is against it’

Sadly God is notoriously bad at saying what He wants, using an unreliable system of ‘prayer’, a very old book, and things that humans have made up. For all we know, God might not give a toss about lesbians but be in favour of everyone dressing as a seagull on Tuesdays. You’d think an omnipotent deity could sort out their comms strategy.

‘Their kids will turn out gay’

Which wouldn’t really matter if you weren’t a bigot. This also seems to assume that all same-sex couples are super-gay role models, and your two dads go to Sainsbury’s dressed as Liberace or the Village People.