Two years into the Johnson administration: how it's going even f**king worse than you thought it would

TWO years ago, Boris Johnson was elected with an 80-seat majority. You thought it would go badly but not this f**king badly. Here’s a timeline:

24th December 2019: Johnson reaches suspiciously-timed deal with EU, of which 80 per cent is placeholder text to be sorted out later.

30th December 2019: Conservatives vote through brilliant Brexit deal, complete with Northern Ireland protocol which they will all describe ‘completely unworkable’ within 18 months.

1st March 2020: The king notices what’s going on. Resolves to take no personal precautions and act too late in all cases, and sticks to those resolutions.

23rd May 2020: After two months of full lockdown, the UK discovers Dominic Cummings didn’t bother with it because he’s special. The government gives him its full backing despite public outrage because it could not possibly do without him.

19th July 2020: Johnson promises everything will be back to normal by Christmas and there will be no further lockdowns, the lying prick.

13th November 2020: Dominic Cummings, the man who everyone stopped obeying lockdown because of, fired. So that was worth it.

8th December 2020: Vaccination begins. This will solve everything and there will be no more lockdowns.

19th December 2020: Christmas cancelled for the rest of us.

3rd November 2021: Decides to completely abolish all standards in public life because they’re inconvenient to him. Everyone hates this. U-turns again.

7th December 2021: Video of Tories laughing in your f**king face about party released. Johnson furious about it. The video. Not the party. 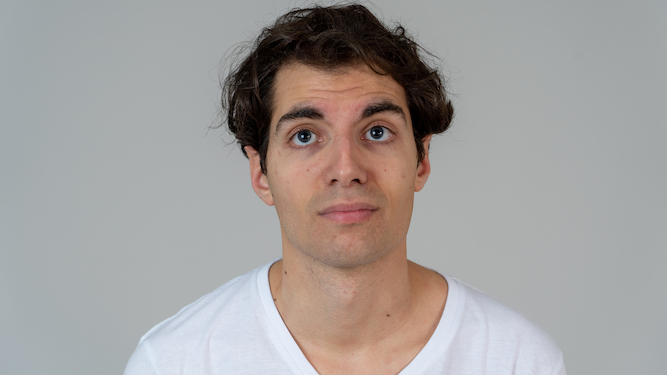 A MAN lacking all toxic, stereotypically male attributes would not mind having just a hint of them, he has admitted.

Joseph Turner who is well aware that the patriarchy makes it impossible for men to express emotion or have interests outside of sport or drinking, and thinks that actually could be a relief at times.

He said: “I didn’t fit in at school. Even at university everyone was laddier than me. And now I’m about to hit 30 and I can barely talk to men at all.

“When I’m out for work drinks and one of them talks about getting in a scrap about a pub quiz, I’m riven with empathy and can’t help but ask if they want to share the emotional triggers that drove them to it.

“It really kills the mood. But I just can’t help but not bully my mates. My brother was ripping the piss out of his friend about his girlfriend cheating and I couldn’t help but say ‘Hey, come on, that’s really hurtful.’ Apparently that was ‘weird’.

“I don’t like football, beer tastes horrible, and I think the Marvel films are crap. But though women claim to deplore all this toxic masculinity shit, they don’t seem to like me talking about intersectional feminism either.”

Sister Ruby Turner said: “Yeah, Joe’s not got any of those terrible masculine attitudes that women hate. But he’s also so wet he cried just telling me about the end of Marley & Me.”