Your uncle who wants something done about litter, and four other key voters Keir Starmer must win over

TO win an election, Labour leader Keir Starmer must get the support of these key demographics:

Your uncle who hates litter

There’s Brexit, there’s climate change, there’s rocketing inflation and then there’s your retired uncle who firmly believes that the most pressing problem of our age is empty takeaway cartons on the verges of dual carriageways. To get him on side, Starmer needs to push a three-strikes-and-out policy with life sentences.

Your cousin who believes in aliens

Your lovely but batshit cousin Nikki believes in crop circles and ghosts and votes Tory because she thinks they have better contacts within the Illuminati, giving them a better chance of beating the greys when they invade. Keir must prove he’s got a clear strategy for their inevitable attack to win the Rother Valley swing seat.

Your student neighbours who smoke weed

Too young to have voted Corbyn, your neighbours plan to give his ballot to whichever party will enable him to party hardest. Starmer could get their support by simply alluding to legalising cannabis sometime in the next forty years. On the other hand, Boris is funny.

Your Brexit-voting taxi driver who has a flat in Spain

The Tories have really shot themselves in the foot by delivering Brexit to the people who voted for it. A fail-safe Labour play is to reverse Brexit while insisting it’s still Brexit, thus pleasing your ranting driver who can now only spend three months at a time in Malaga.

To get the full sweep, Sir Keir must win over that most critical part of the electorate: Tories who say they will never vote anything but Tory, even if Boris shot their favourite dog dead. The solution? Change Labour’s name to the Conservative Labour, confusing enough die-hard Tories to get them across the line. Or call for a whites-only UK.

Least important relatives to be met this weekend 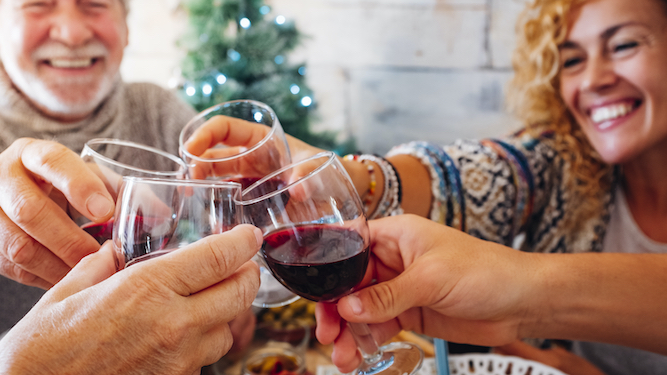 YOUR least important relatives are to be met in a Harvester near a ring-road to exchange presents this weekend.

Family members who are seen a maximum of twice a year have been assigned the weekend a fortnight before Christmas so as not to cast their awkward shadow over any of the actual festivities.

Lucy Parry of Worcester said: “Auntie Kath’s not my real auntie. She’s my dad’s auntie. She’s not important enough for one of the good days.

“Next weekend? That’s practically Christmas. I’ll be all in the spirit. I don’t want to waste that time making small talk with Kath about her hernia operation or that weird grandson of hers who joined the army because the police wouldn’t have him.

“So we’ll go to the Harvester, it’ll be done up all nice and Christmassy, they’ll have the music on, and she’ll never know she’s a low-priority seasonal obligation to be got out of the way early, like buying the Baileys.

“Then we’re meeting Justin’s stepdad tonight, his Welsh cousins for lunch tomorrow, and my half-sister for tea, then all the dull ones are done and proper Christmas can begin.”

Parry’s great-aunt Kath said: “Why we have to see her every bloody year I don’t know. I barely know the girl. Still, let’s get it out of the way.”