WANTED: ethics adviser for large public sector management team. No previous knowledge of or commitment to ethics a major plus.

Are you completely new to the field of ethics advising, with no pre-determined ideas about the field? Would you describe yourself as having only a rudimentary moral compass?

Then we want to hear from you. A position has opened up in the heart of government for an ethics adviser happy to spend the majority of their time going unconsulted.

The position, which is well remunerated and prestigious, involves working closely with an international leader who will largely ignore you unless saying ‘get that judgemental prick out of here while we’re talking bribes’.

However, at other times leadership will be keen to have one-on-one conversations with you, particularly focused on high-profile areas of ethical concern the press have discovered.

We need candidates ready to tailor their ethical advice toward the complete exoneration of the leader and his team, no matter how humiliating.

Could you see yourself claiming ‘it is perfectly reasonable’ for a man not to have realised that a gathering of 20 people with drinks and a karaoke machine was a party, even though he attended it?

Or to straightfacedly assert that a man ‘did not question’ who paid £40,000 to wallpaper his own home, despite his repeated emails begging a donor for the money?

The ideal applicant will be flexible, naive, capable of holding two or more contradictory belief simultaneously, and untroubled by matters of conscience. Applications from those with active convictions welcomed. Conversational Russian an advantage.

This position is expected to be open again within nine months, as we are getting through them pretty rapidly at the moment. Send CVs to Whitehall, marked ‘Amoral Bastard’.

How to look sexy when you're sweating like a pig 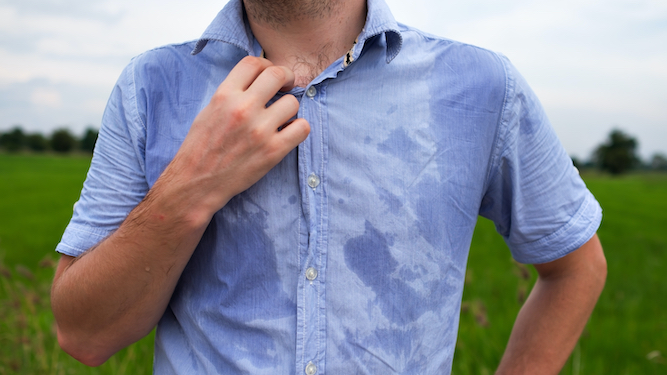 WANTED to look sexy in the heatwave but now you’re sunburned and damp all over? Here’s what to do:

Pretend your wet look is intentional

What, you didn’t know it’s currently very hip to have big damp patches blooming on your back and armpits? Don’t you read Vogue? It was all over the catwalk this season. You might think it looks a bit gross, but that’s because you’re a pleb who doesn’t understand the haute couture aesthetic of 2022.

Where an entirely white outfit

You can’t wear black because it’s too bloody hot and any other colour is going to show those sweat stains instantly. The solution is to choose a head-to-toe white outfit, which you can sweat all over and no one will be any the wiser. The only downside is that you’ll look like a weird cult member and people will go out of their way to avoid you, rather than asking you out.

Take all of your clothes off

Given that clothes are the main problem when you’re sweating like a glass blower’s arse, why not just take them off. It will relieve that horrible feeling of moist fabric flapping round your body and, when you are inevitably arrested, you’ll be able to really cool down in a nice, dark police station cell.

Honestly, if your wobbly bits are bright pink and glistening like a roasting hog at a summer barbecue, you should put them away. People are much more likely to fancy you if you’re covered up. Or at the very least they won’t back away whimpering.

Stay at home and have a wank

If the reason you wanted to look sexy is because you fancied a shag, give it up as a bad job, stay at home and have a wank instead. You can wear f**k all, pop on a fan, or even cover yourself in Viennetta if you like, ensuring you’ll be nice and cool as well as marginally sexually satisfied.