We let in too many twats, says Bryant

SHADOW immigration minister Chris Bryant has admitted that too many twats have been allowed into the Labour Party.

Bryant warned that the party was struggling to cope with a large influx of unskilled politicians who had set up their own Westminster ghetto and were taking jobs from people who might actually get rid of the Tories.

He said: Its time for the Labour Party to admit underestimating the effect of letting in hundreds of twats.

Its starting to feel like it isnt the Labour Party anymore. Ed Miliband looks like some student union vice president who got into politics to lose his virginity and Harriet Harman is so posh she makes Joanna Lumley look like a Big Brother contestant.

Its time to put restrictions on entering the Labour party. From now on people will only be allowed in if they have some experience, however minor, of life outside politics and a genuine desire to be at least marginally different from the Tories.

Labour will attempt to discourage smarmy political wannabes from joining by hiring a fleet of billboard vans with the message: ‘Dont join the Labour Party, were already full. Of twats.’

Bryant added: This used to be a nice party, but now weve been swamped with sharp-suited tossers who only care about being on telly and placating bigoted swing voters who read the Daily Mail unironically.

“Hey wait, this speech is different to the draft version I read last week. Are people fucking with me again?

If you're not buying a house stop looking in our windows, say estate agents 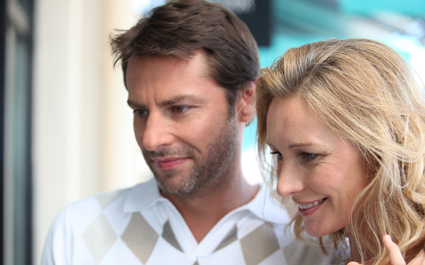 ESTATE agents have warned couples against looking at the houses advertised in their windows just for something to do.

Property vendor Stephen Malley said: “If you’re not buying a house, move along.

“Stop pointing at the pictures of houses we have for sale and making wistful comments about how you wish you could afford a garden like that.

“We are sick and tired of you people staring in at us like dogs outside a butcher’s shop. Do you think we’ll take pity and give you a free house?

“Take your hopes and dreams and begone with you.”