We must help those least impacted by the cost of living crisis, pledges Johnson

WITH the poorest struggling to put food on the table, it’s imperative that we slash taxes for the nation’s highest earners, writes Boris Johnson.

When Rishi came into my office to tell me that there’s a terrible problem with the squeezed middle, I thought another button had popped on my trousers. Thankfully though, he was just talking about ordinary people falling into poverty.

However, he’s right that this cost of living crisis is causing difficulties. People who normally vote for me without thinking are  – like the bottom of Matt Hancock’s new bit of totty – starting to feel the pinch. This is bad.

Partly for my polling numbers, but mainly for my donors. Hedge fund managers, oil barons and oligarchs are all seeing their massive profits eaten into by this issue. How will Carrie get a new £5,000 sofa if I piss these guys off?

Yes, ordinary working people are struggling with their heating bills. But think of the poor executives of the energy companies whose dividends will be slashed because the plebs can’t pay up. It’s disgraceful.

What can be done to help them? No, not the poor. Stuff them if they didn’t have the foresight to be born into wealth. Anyway, they waste what money they have on Sky TV and lip fillers. That’s what the Daily Mail says anyway, which is where I do my research about the electorate.

No, what can be done to help the UK’s struggling millionaires and billionaires? It’s imperative, for the health of this nation, that we slash income tax on the highest earners.

We politicians are forced to sometimes make unpopular choices. Luckily I have the comfort of knowing that even when I do, for some reason you gullible fools will just vote me in again. Bloody idiots. 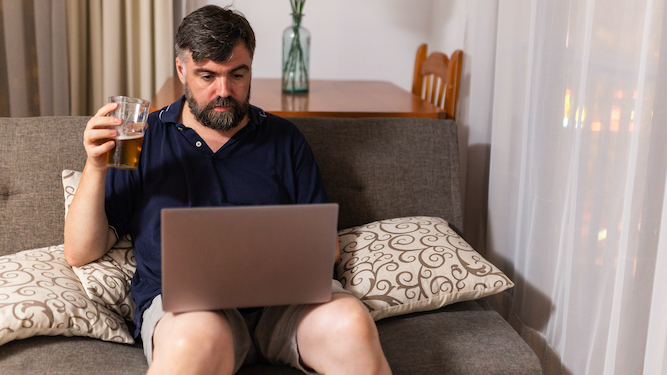 A MAN who rates and reviews every craft ale he has ever tried on a detailed spreadsheet is wondering why he does not have a girlfriend.

Ryan Whittaker, 42, is finding it hard to believe no woman is willing to spend all her weekends driving across the country to attend regional ale festivals with him and hundreds of other boring weirdos.

Whittaker said: “I’m a solid gold catch. There shouldn’t be a lady in the land who is able to resist me. And yet, to a woman, they all do.

“I’ve been on plenty of dates but I just haven’t found a relationship that’s stuck. What’s not to love? From my thick, luscious beard to my several hard drives full of craft beer comparison data, I should be a babe magnet. But it seems all women have commitment issues.

“The day after we’ve driven 150 miles to a CAMRA award-winning pub where I’ve explained the intricacies of my 15-point rating scale for judging hop varieties, every one of them texts me saying ‘Thanks, but I’m not looking for anything serious right now’. I just don’t get it.”

Whittaker’s last date Lucy Parry said: “Apart from being dull as f**k, I’m not sure Ryan realises what drinking that much ale is doing to his flatulence levels.”