We must wait for the novelisation of the screenplay of the adaptation of the West End musical of the Sue Gray report, explains government

THE government has confirmed that the Sue Gray report cannot be released until the novelisation of the movie of the adaptation of the stage musical is complete.

The heavily-redacted report is expected to reach Downing Street shortly, but insiders claim that for the public’s own good it must remain under wraps until production begins on the movie version.

Nadine Dorries, the Salacious Crumb of the cabinet, said: “I’ve seen the original material. It’s dry. With the anticipation that’s out there if we release this it’ll be a total flop.

“So we’ve called in screenwriters to punch it up, really create a throughline and fix the third act, and then we’ll go to Hollywood and make deals. I’m thinking Owen Wilson as Boris, Jamie Lee Curtis as me?

“While principal photography’s going on we’ll cast and rehearse the musical, then I’ll write the novelisation with material not in the movie or the show, and then we’ll release them all simultaneously and the public will realise the parties were no big deal.

“When will they come out? Well, movies take time. Look how long it’s been between Avatar and the sequels. But definitely before 2030.”

Former Tory voter Tom Logan said: “You go ahead. Take as long as you like. Much as you might want it to, my fury at your selfish twat behaviour isn’t going anywhere.”

Going on a big shop with your mum, and other things teens never do on screen 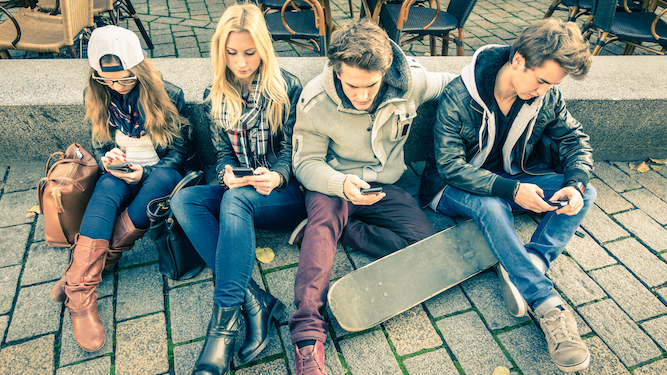 MOVIES believe that being a teenager is romance, rebellion and rites of passage, forgetting that it’s mostly time pissed away on this crap:

It’s half-term, there’s bugger all going on, and your mum’s off down Tesco for a big shop. A cool screen teen would be up to crazy antics the moment she left. Real teens tag sulkily along because they know they’ll be able to get a family-size Dairy Milk and maybe even a new top out of it.

Swigging Frosty Jack’s in a park

Every teen film has a scene where everyone gets wasted at a raging keg party with those red cups. None show the reality of alcohol experimentation: a dimly-lit park, illegally downloaded music playing on a shit speaker, and a beverage so cheap it can only be purchased in 2.5 litre bottles.

Do filmmakers not remember how many hours of coursework it takes to get one poxy GCSE? It’s not one page of handwriting then out the window to explore new passions. Any real Year 11 isn’t sneaking anywhere until they’ve drilled the formation process of an oxbow lake.

Having a six-hour breakdown about someone else getting a text

The fundamental problem with teen life on the big screen is that there is way too much going on. Actual secondary schools are the perfect balance of absolutely f**k all happening while 14-year-olds discuss in hysterical depth just why Kirk could possibly have sent that text to Hailee and whether Bradley knows.

Screen teens are all far too well dressed and, well, washed. Teenage boys stink of BO and Lynx while teenage girls slather foundation over burst spots. A few shots of those communal bibs from PE football would go a long way.

It wouldn’t make for the most thrilling viewing. But any scene showing a person under 20 set before 1pm on a weekend is completely unrealistic. They do nothing but sleep. They sleep all the f**king time.