THE United Kingdom could soon be at war. And in wartime we need a strong, lying, blame-everyone-else leader with no moral backbone who cares only for himself.

Tensions are rising in the Ukraine. Conflict with Russia seems inevitable. Can our country afford to be embroiled in a Conservative leadership campaign while the Red Army marches? To be weighing up the benefits of Truss vs Raab as the missiles fly?

Of course not. That would be to give succor to our enemies. The very last thing Putin wants is to face a powerful, resolute leader, tempered in the fire of getting away scot-free with criminal activity, despised by the people he is supposed to represent.

Up against a prime minister who has once again got away with it, who has once again established that his actions have no consequences for himself, who is prepared to take any risk with British lives to be popular again? Putin would be terrified.

You cannot replace a leader on the eve of war. Churchill, who leading Buddhists believe has been reincarnated as Boris Johnson, knew that better than anyone.

So whatever the outcome of Sue Gray’s report, Boris must remain in office, hated and distrusted by his MPs and voters, for the role of wartime leader he is congenitally unfit for and will soon be bored with. We have no other choice.

Threats to kill or misogynist abuse: How should you react to the Swift/Albarn Twitter spat? 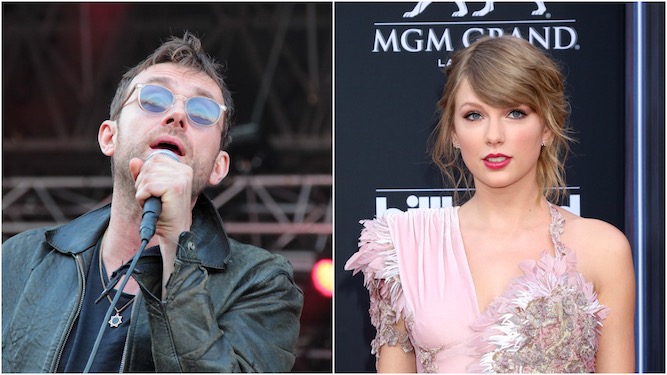 BRITPOP’S Damon Albarn has had a pop at total world dominance’s Taylor Swift about songwriting. As ever, it is the duty of Twitter users to provide deranged overreaction:

Get straight into the misogyny

Similarly, indulge that other popular Twitter pastime: misogyny. When addressing Taylor Swift, try ‘Boo hoo, can’t take criticism, like all the bitches’. You may wish to broaden the scope of your hypothesis into why all female artists are shit, apart from cool ones like PJ Harvey.

Don’t trouble yourself with coherence

Hate doesn’t need to stand on ceremony with proper grammar and shit. ‘@damonalbarn posh boy poseur from nonce band Blur. Rather drink cold piss than listen to Phil Daniels again Noel Gallagher was right you should get AIDS. You don’t even draw the Gorillaz monkeys WANKER.’

The tweeter’s dilemma: should your death threats be a real possibility or an exercise in warped imagination? The former could get you a police visit, so go with ‘I hope you fall in a cess pit and slowly drown in stinking turds. And Graham Coxon. And Alex James obvs’

Chuck in an invented allegation

Seen another knobhead share a screenshot of a tiny-but-damning portion of a interview from 2012? Steal and tweet it without even a cursory check: ‘sickening that @taylorswift13 had her cat’s legs amputated because it kept jumping on her piano #albarnwasright’.

Don’t actually care that much

Despite your raging, impotent fury, you shouldn’t actually care that much. It’s just the internet. Vehemently urge both parties to give up music forever one minute, then focus all your attention on whether to have Branston or Hellman’s on your cheese sandwich.