What sort of no-deal Brexit idiot are you?

ARE you one of those people who’s decided to ignore every Brexit problem and just demand ‘no-deal’? Read our guide to what sort of bloodyminded idiot you are.

Judging by the unfeasibly angry ‘gammons’ on BBC Question Time, these Brexiters would have difficulty admitting they were wrong about what night Masterchef is on. And let’s face it – if you like getting angry and playing the victim, Brexit is LOADS of fun! So far.

You’ve had three f*cking years to find out what the EU is, but haven’t bothered and think it’s a hostile foreign power, not a boring trade organisation. It’s extremely strange and paranoid, like assuming Sainsbury’s uses mind control waves to make you buy the more expensive bacon.

These pundits actually get paid to think no-deal Brexit is great. Not to question their sincerity, but most members of the public would probably believe there really are Clangers on the moon if you paid them £500 to write a column about it every week.

Boris Johnson and Jeremy Hunt both seem to fear no-deal Brexit, but need the approval of ageing, bonkers Tory party members who really do believe it will be like living in a lovely 1950s war film.

‘Just sick of it all’ moaner

We get it. You’re bored sh*tless with Brexit now. However this is not a good reason to crash out of the EU. Lots of things are boring, like attending parents’ evenings, but you don’t deck Mr Wilkes the geography teacher then burn down the school with a flamethrower. 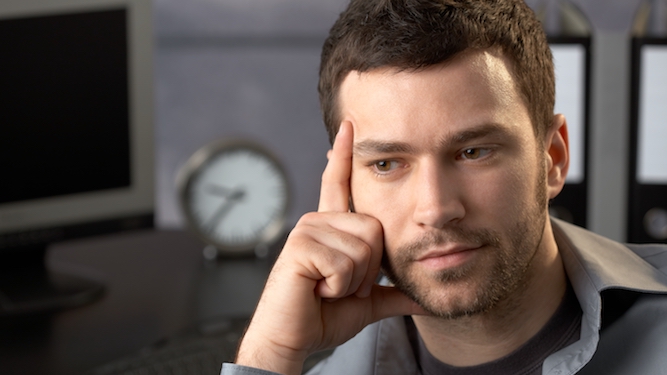 AN office worker who gets results by never going by the book and using his own unorthodox methods has been dismissed on his first day.

New employee Tom Logan, 33, began his first day at Barton Insurance Services by leaving his car parked in a haphazard way outside the main entrance, causing a major obstruction.

Logan – who spent a long period of unemployment watching The Professionals on ITV 4 – then began flirting with a female receptionist in a way that breached HR guidelines on sexual harassment.

Line manager Norman Steele said: “From the moment he put his feet up on my desk revealing a pair of cowboy boots it was clear that he would be unlikely to make it till lunchtime.

“He spoke about having a ‘hunch’ and swore that if we gave him 48 hours he’d deliver. I’d only asked if he was familiar with spreadsheets.

“Also here at Barton Insurance Services we don’t operate on hunches but on reliable data produced by our in-house team of qualified business analysts.

“At this point, he swept a tray of invoices off my desk and stormed out of the office, saying ‘Stuff your rules!’. Naturally I was immediately onto security.

“He was escorted out of the building and pointed in the direction of the impound location where his Ford Capri had been towed.”