Your guide to the f**kheads, wankers and creeps who want to be next Tory leader

THEY’RE off! The starting gun has been fired, Theresa May’s long, slow demise is drawing to a close, and an absolute arsehole will succeed her. But which one?

There will be voters in the next election who were not yet born when Boris Johnson began his epic run for Conservative prime minister. The blonde buffoon, who is secretly incredibly evil, fucked over the entire country to get back at David Cameron and would happily cause nuclear war to reduce sales of Cameron’s memoir. Odds: 8-1.

The sentient bacterial colony inhabiting the once-living body of Michael Gove cannot understand why it is not already prime minister, since it has the backing of ‘the Murdoch’. It blames humans. They are illogical and weak and must be culled. Odds 5-2.

Remember when Jeremy Corbyn got put on the Labour leadership ballot as a polite gesture to the party’s left? That’s what Amber Rudd is to the Tories now. That’s how far right they’ve gone. Odds 100-1.

Burning thousands of innocent people to death just to prove you deserve to be in power is Tory to the core. However Daenerys may face opposition from the Tory grassroots, particularly women, because she is a woman. Odds: 9-1.

Oh, just give it to him. He’s run your fucking party for the last nine years anyway. Odds: Evens. 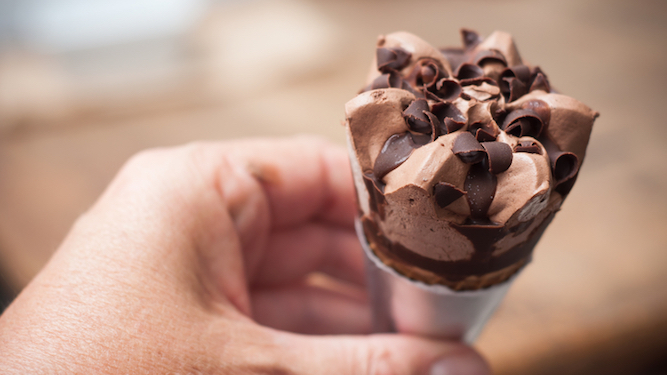 A MAN always eats the bit of chocolate at the bottom of a Cornetto first instead of saving it until the end like a normal person.

Office worker Tom Logan appalled friends after being given one of the Italian-style ice creams, unwrapping it and immediately biting into the pointy end, going against all Cornetto conventions.

Logan claimed: “It’s the best bit, a big lump of chocolate, so why wouldn’t you eat it first? How the hell could that possibly be wrong?”

However friend Emma Bradford said: “He was like ‘Yeah, of course I’ll have a Cornetto’, which was fine, but then he started eating it from the fucking bottom.

“Any sane person knows you eat the ice cream, little chocolate bits and nuts first, while gingerly whittling away at the slightly odd-tasting cone. I’ve never seen anything so weird, and I’m a doctor.

“I was going to invite Tom over for Sunday lunch but I won’t now because he’ll probably grab the chicken, wolf it down bones and all and leave the boring boiled carrots till last.”

Logan’s friends have confirmed they are now choosing to distance themselves from him in case he is into other deviant activities such as necrophilia and Advanced Dungeons & Dragons.