A MAN in his mid-30s is still wondering if it is really too late for him to become a professional footballer.

Tom Booker said: “It’s not totally out of the question as Ian Wright did not turn professional until he was like 21, though that is still a big age gap.

“Sure, at 35 you’d imagine that dream would be dead. But you haven’t seen me play five-a-side on a Sunday.

“Obviously, all the other lads are hungover and in many cases, still drunk and/or still drinking, but I scored eight goals the other day. Which is actually amazing for a 35 year-old.”

He added: “I’m aware that doing it in the Premier League might be a little different, but what do you want me to do?

“Just bury that pipe dream and get on with my actual work? Give me a f*cking break.”

Woman who thinks tofu is disgusting can't get enough of sausages 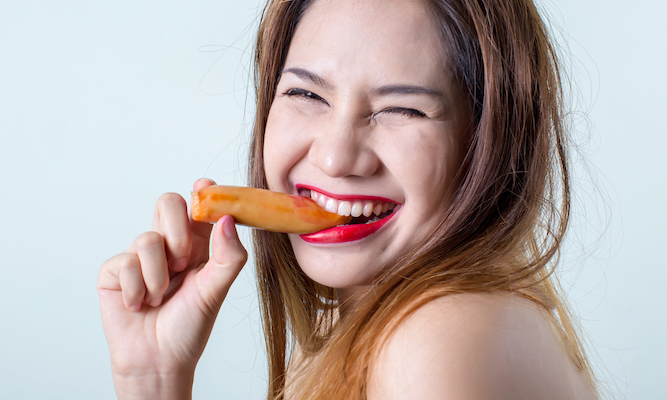 Carolyn Ryan of Bedford often expresses how foul she considers things like nut roast, whilst happily tucking into mechanically reclaimed chicken slurry that has been made small and round and called a nugget.

She said: “Give me a veggie burger and I’ll give you a punch in the face. What the hell are they made of? Mushrooms, beans and squished-up turnips? Sounds vile.

“Same goes for tempeh, seitan and anything else that tries to replace animal products. It’s weird, whereas eating the kidneys of a pig is very normal.”

Friend Nikki Hollis said: “I offered Carolyn a coffee with rice milk in it the other day and she went mental. I said I just don’t fancy drinking cow hormones and she called me a ‘disgusting freak’.

“She was eating chorizo at the time, made from delicious lymph nodes, but she seemed unable to see the irony. There’s no telling her that plant-based food is less disturbing than bits of dead flesh.”

She added: “Apart from Quorn. That is weird.”